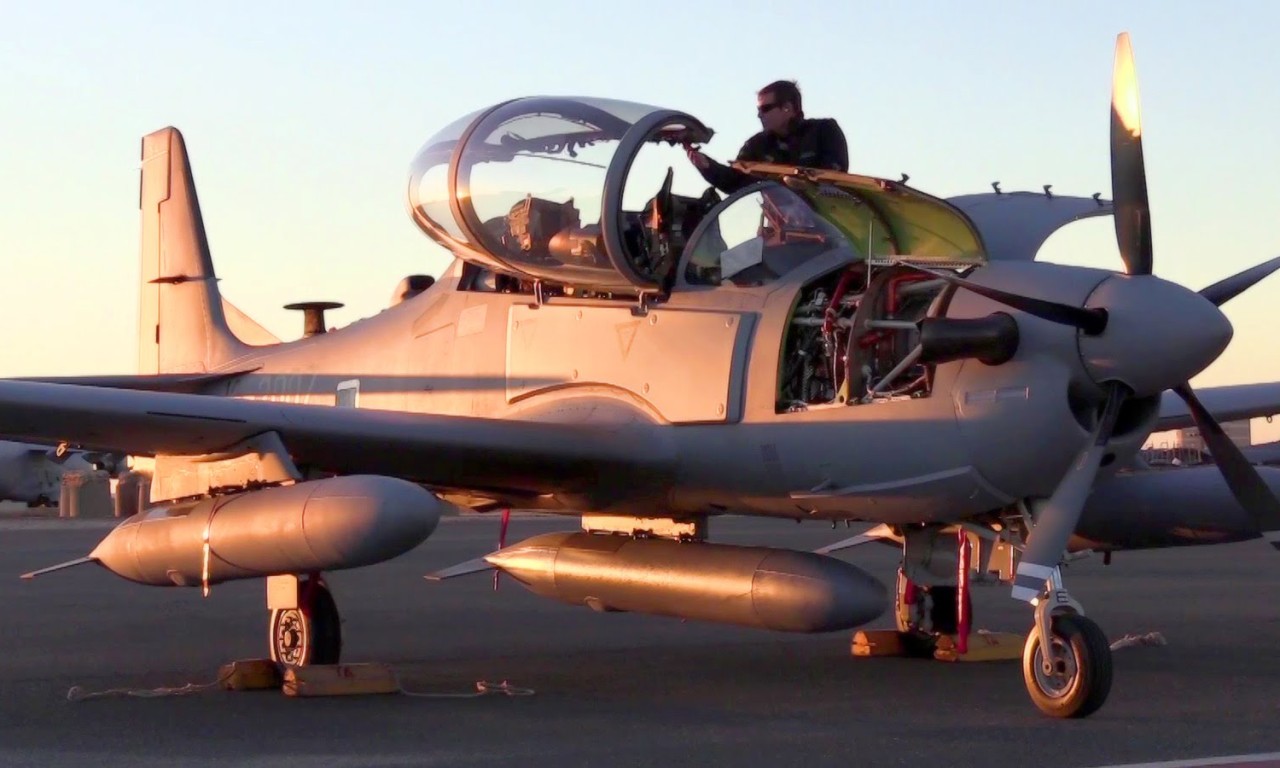 Video of A-29s coming in for a landing, taxiing, parking on apron, while in route to Western Asia.

The A-29 Super Tucanos are from Moody Air Force Base.