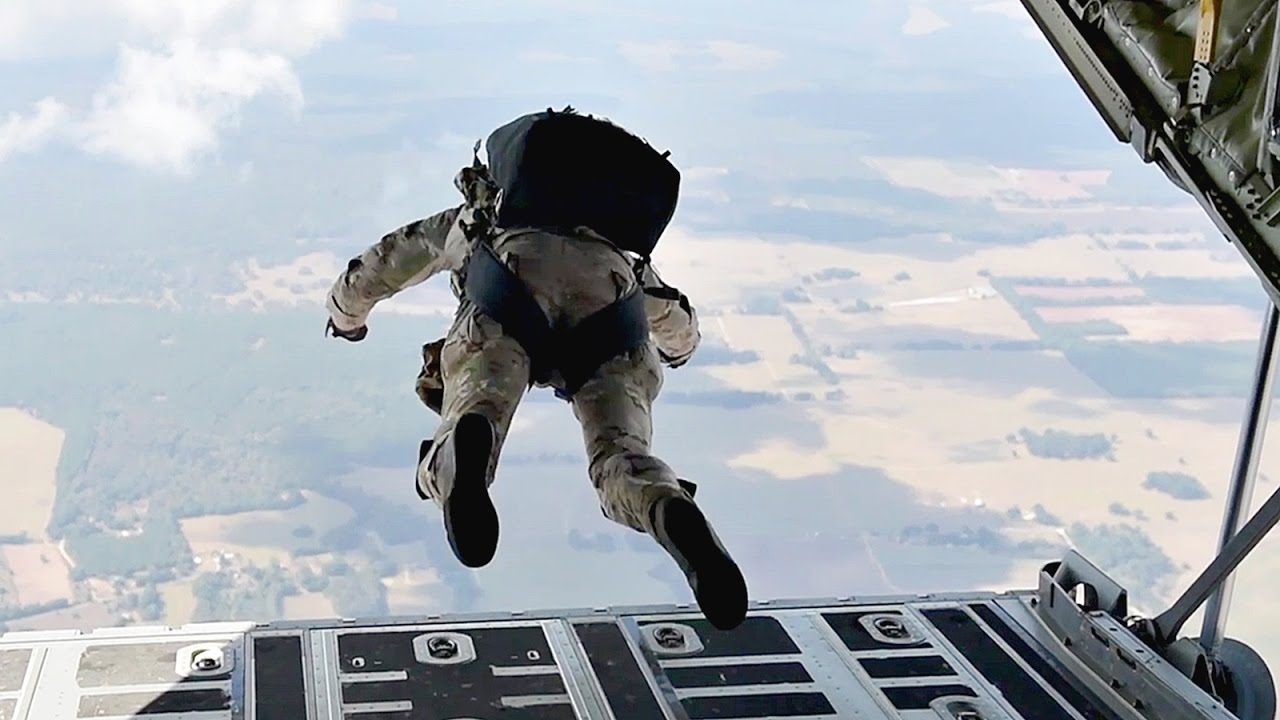 As part of the combat search and rescue exercise, the Pararescuemen parachuted from the C-130J and recovered actors playing downed personnel.