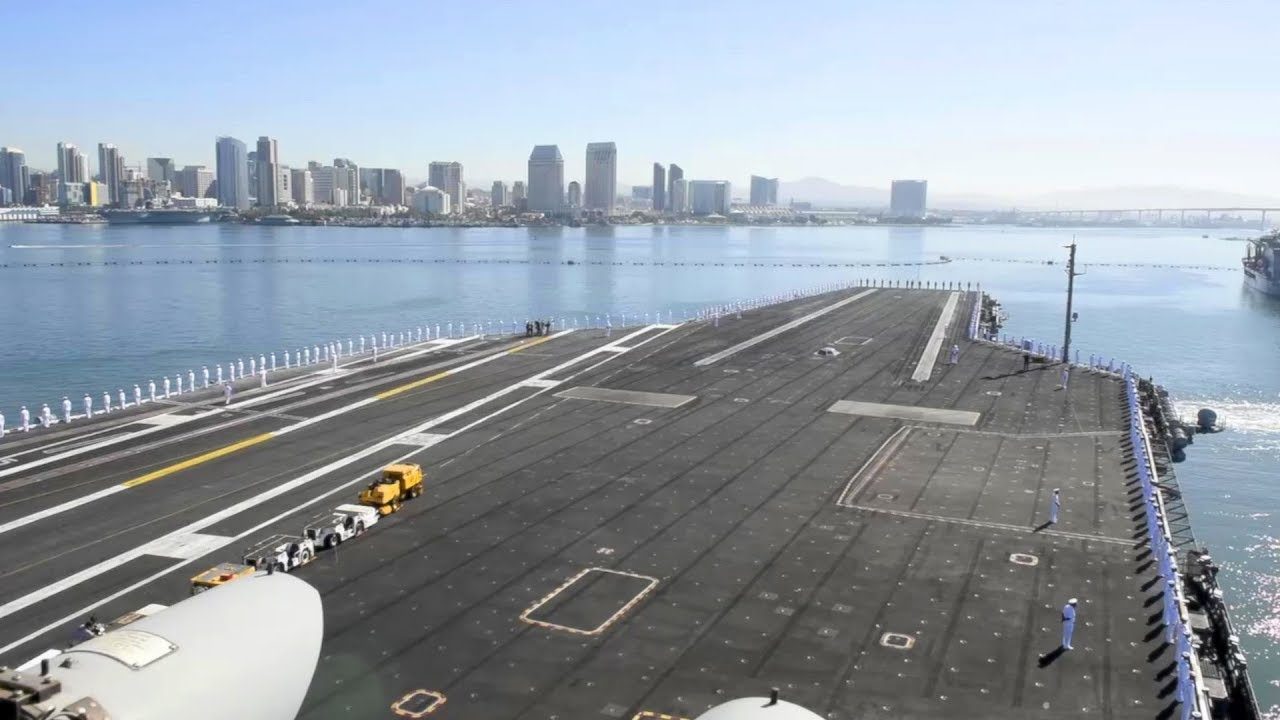 “The U.S. Navy carrier strike group is the most versatile, capable force at sea,” Rear Adm. Steve Koehler, who commands Carrier Strike Group 9, said in a statement. “After nearly a year of training and integration exercises, the entire team is ready as a warfighting force and ready to carry out the nation’s tasking.”

In this video: Sailors man the rails aboard the aircraft carrier USS Theodore Roosevelt, and flight deck flight operations.