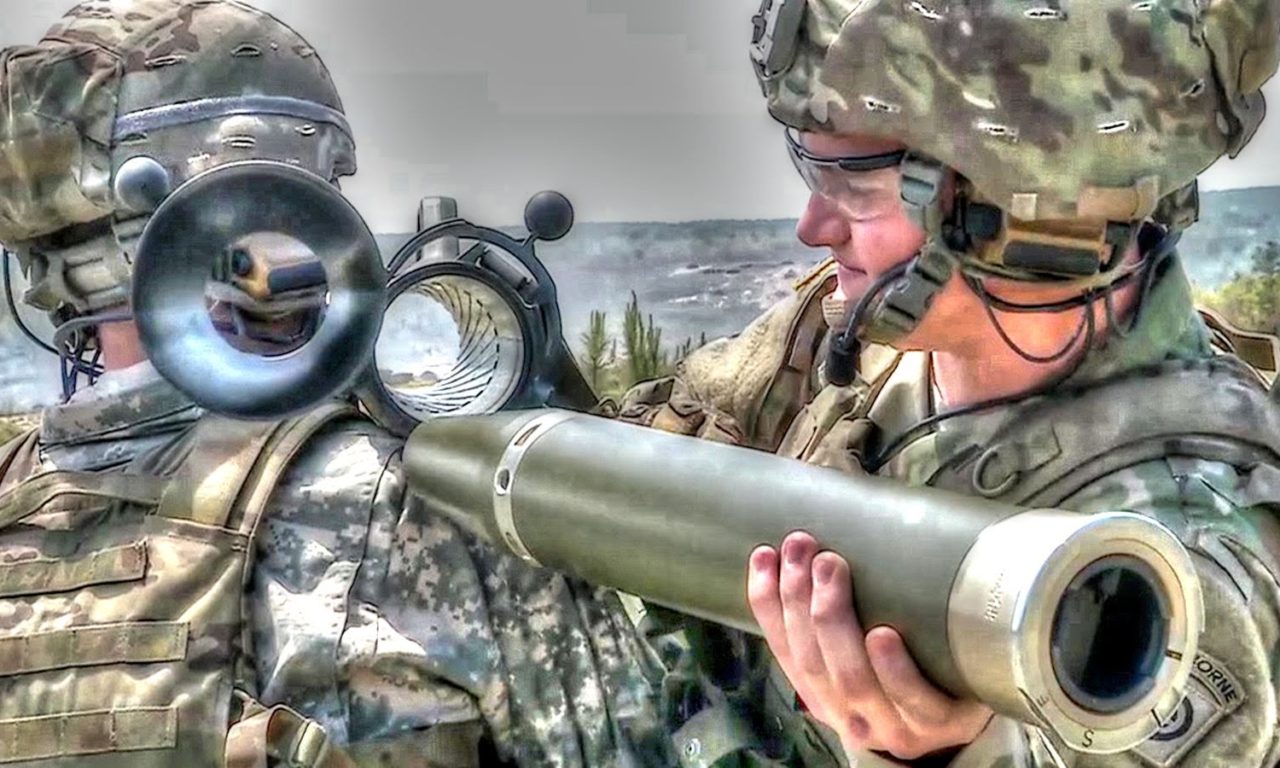 The Carl Gustaf can be fired from the standing, kneeling, sitting or prone positions, and a bipod may be attached in front of the shoulder piece. An operating handle called the “Venturi lock” is used to move the hinged breech to one side for reloading. The weapon is normally operated by a two-man crew, one carrying and firing the weapon, the other carrying ammunition and reloading. (Learn more: en.wikipedia.org/wiki/Carl_Gustav_recoilless_rifle)