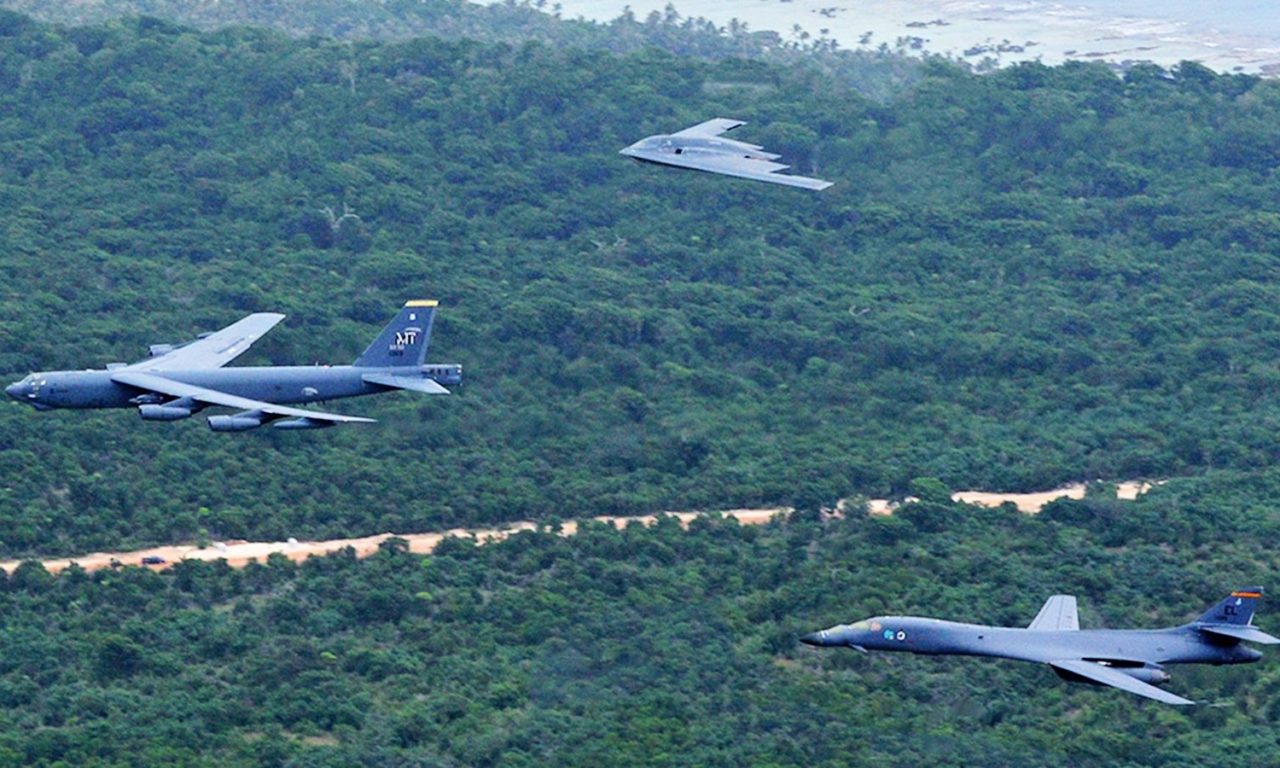 B-1, B-2, B-52 Fly Together In A Massive Show Of Force – Integrated Bomber Operation

Though all the aircraft have deployed independently to the U.S. Pacific Command’s AOR in the past, this was the first time all three bombers flew a formation pass over Andersen Air Force Base, dispersed and then simultaneously conducted operations in the South China Sea and Northeast Asia.