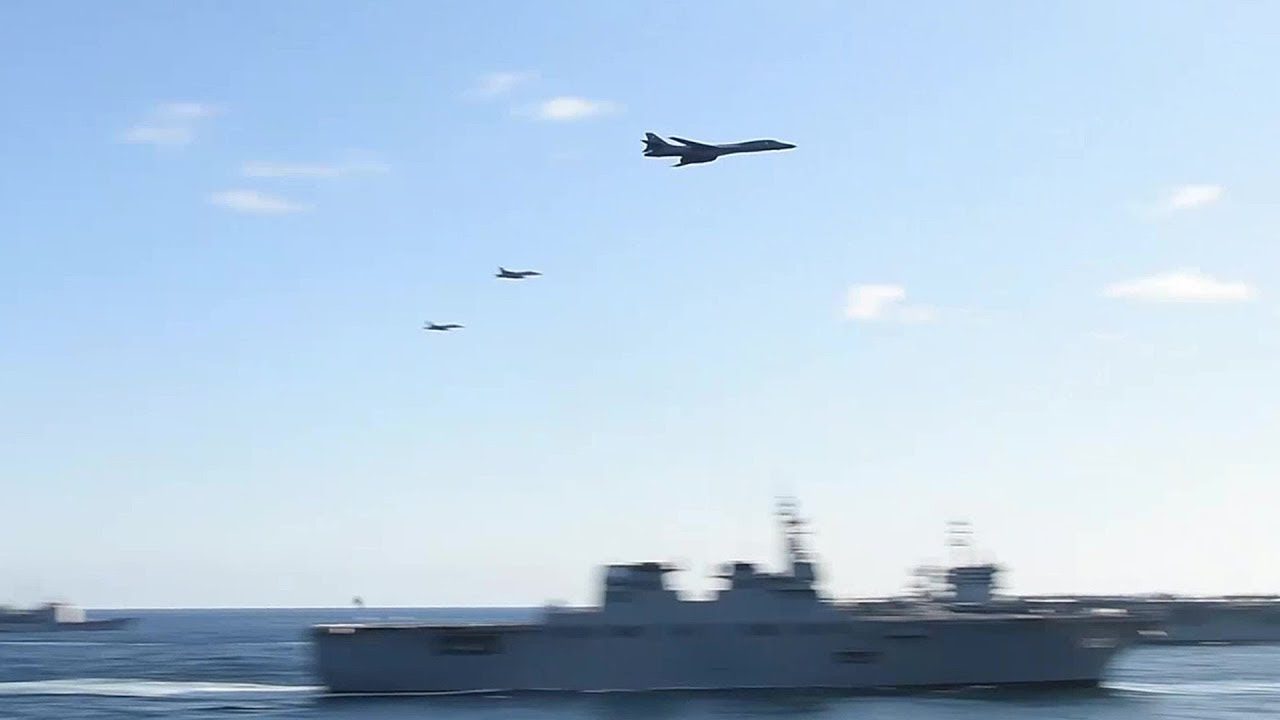 Three US Navy aircraft carriers (USS Nimitz, USS Ronald Reagan, USS Theodore Roosevelt) along with their escorts and air wings together with ships from Japan and South Korea joining forces in the Western Pacific Ocean in a show of strength. This is the first time three of the aircraft carriers have sailed together in more than a decade.