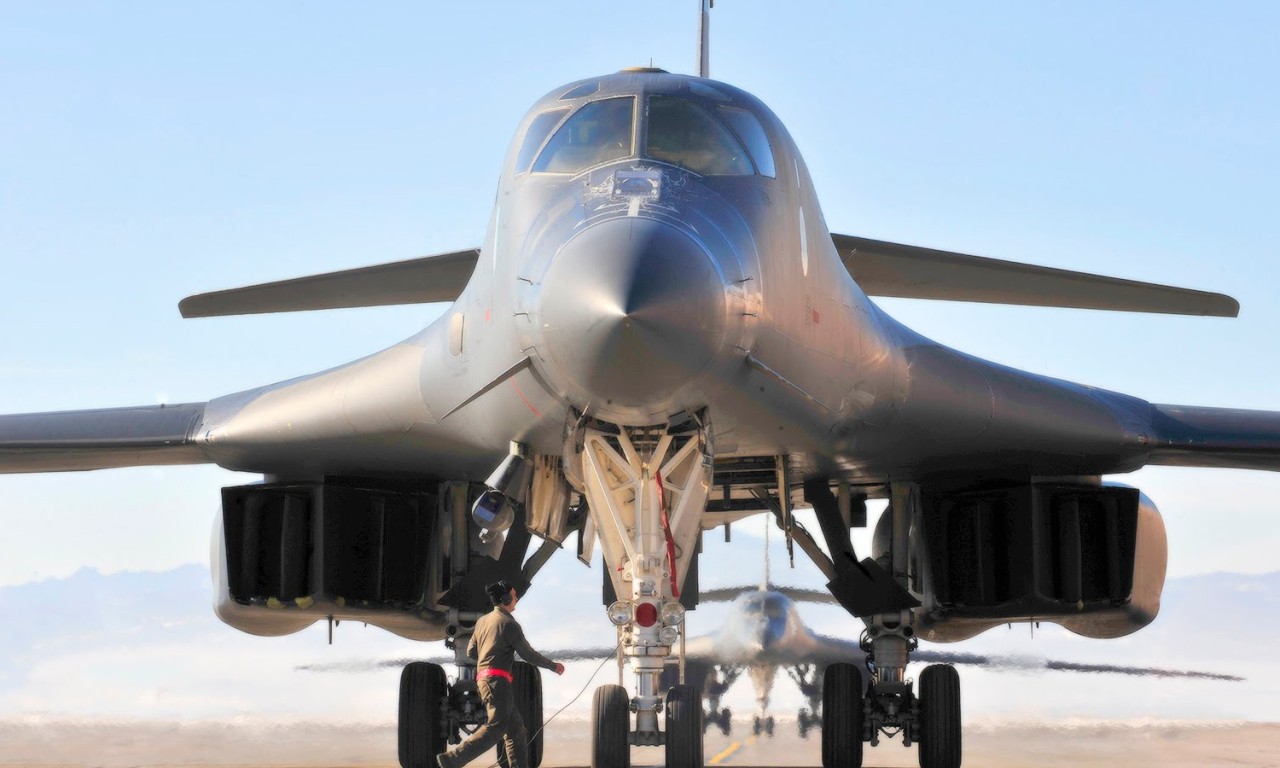 The Rockwell B-1 Lancer is a four-engine supersonic variable-sweep wing, jet-powered heavy strategic bomber used by the United States Air Force. It was first envisioned in the 1960s as a supersonic bomber with Mach 2 speed, and sufficient range and payload to replace the Boeing B-52 Stratofortress. It was developed into the B-1B, primarily a low-level penetrator with long range and Mach 1.25 speed capability at high altitude.