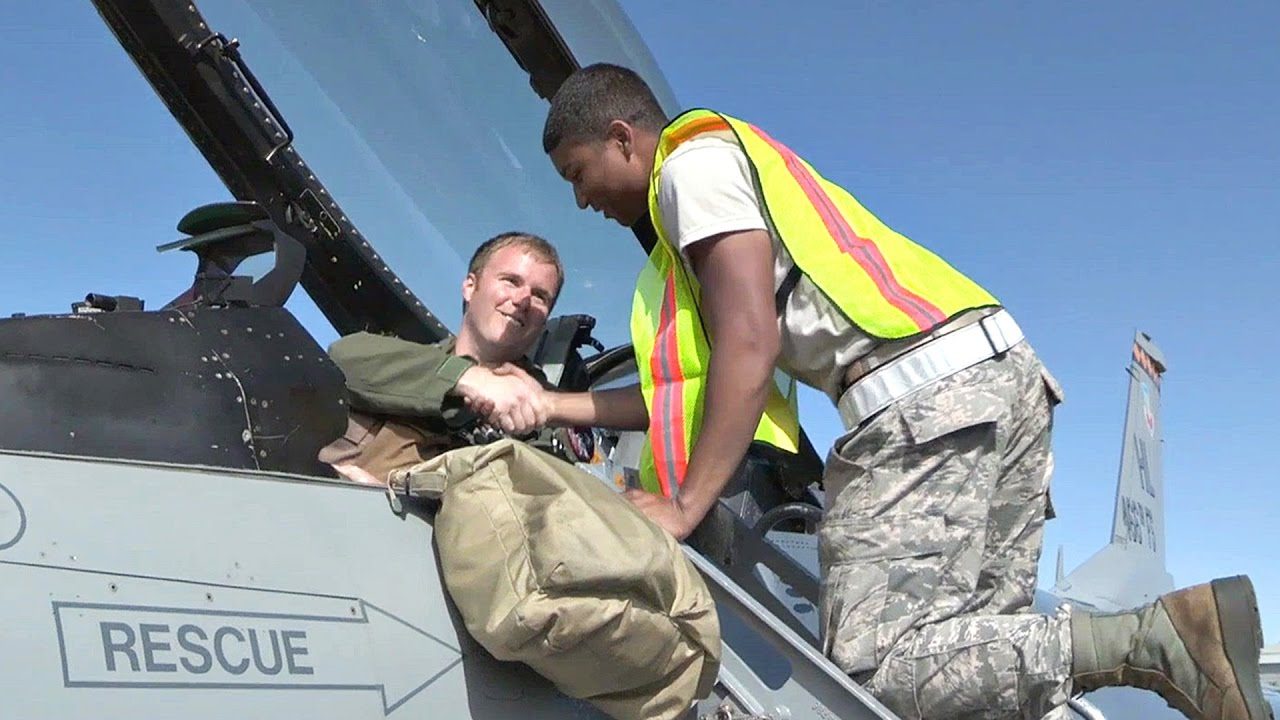 Behind every Air Force aircraft, there is a crew of committed, dedicated, and hardworking Airmen. This is a video of Airman 1st Class Joe Pearson preparing an F-16 for Launch During a NATO exercise in Albacete, Spain. At Hill Air Force Base, Utah, airmen from the active duty 388th Fighter Wing and Reserve 419th Fighter Wing work side by side. Pearson is an active duty F-16 crew chief dedicated to a Reserve fighter jet.