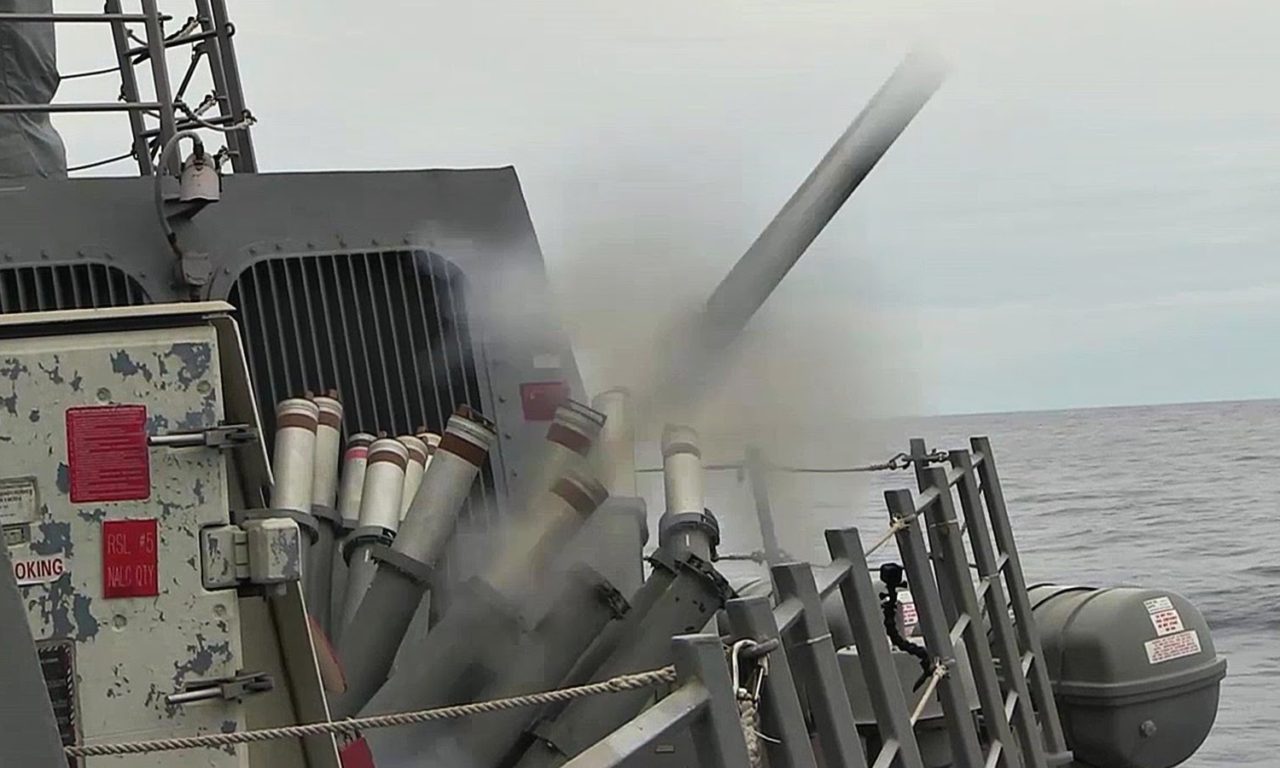 Chaff, originally called Window by the British, and Düppel by the Second World War era German Luftwaffe (from the Berlin suburb where it was first developed), is a radar countermeasure in which aircraft or other targets spread a cloud of small, thin pieces of aluminum, metallized glass fibre or plastic, which either appears as a cluster of primary targets on radar screens or swamps the screen with multiple returns.

Modern armed forces use chaff (in naval applications, for instance, using short-range SRBOC rockets) to distract radar-guided missiles from their targets. Most military aircraft and warships have chaff dispensing systems for self-defense. An intercontinental ballistic missile may release in its midcourse phase several independent warheads as well as penetration aids such as decoy balloons and chaff.