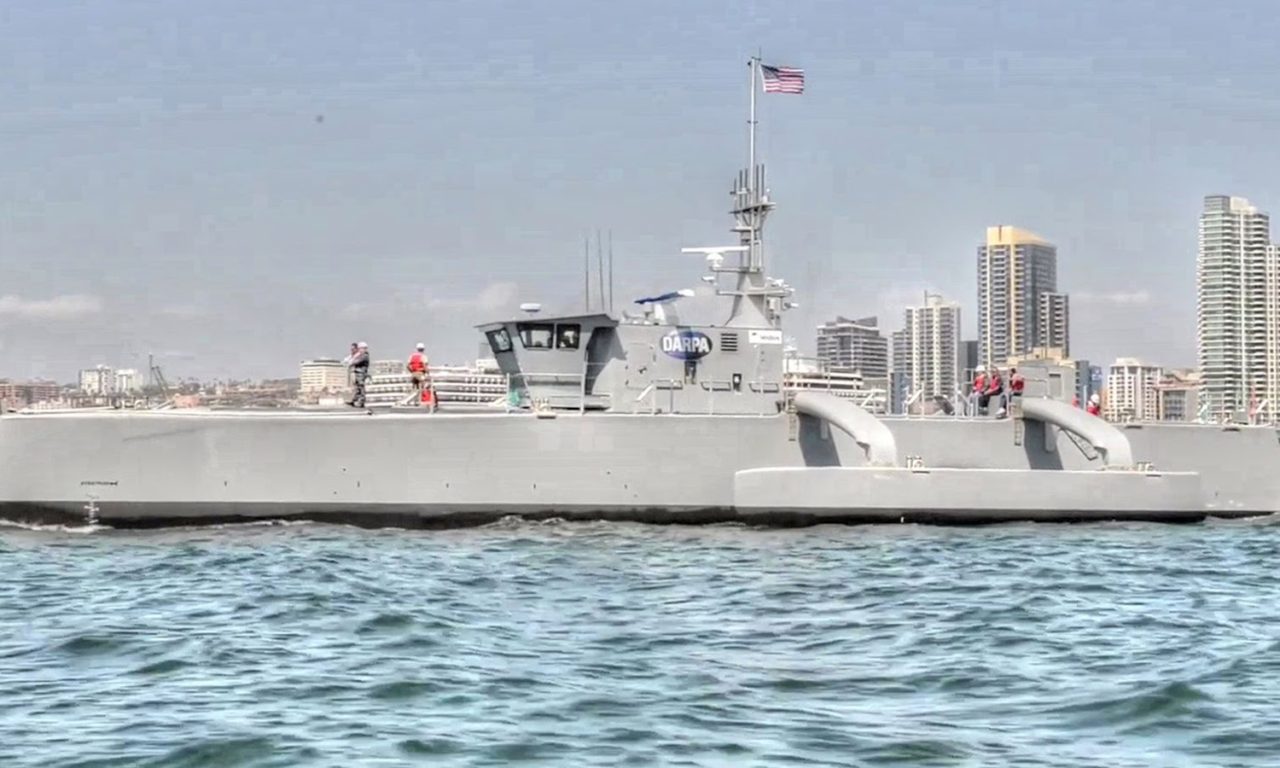 The ACTUV is aimed at improving the ability to detect and engage diesel-electric submarines, which are inexpensive and quieter in comparison to nuclear-powered submarines, and to negate the threat of adversaries building large numbers by creating anti-submarine tactics at one-tenth the cost of building a diesel submarine. The craft will be an unmanned surface vehicle designed to operate and patrol autonomously for 60–90 days straight, being able to hunt for targets and avoid surface ships by itself.

Video includes footages of the ACTUV being off-loaded from a sea barge and then transported under its own power to Space and Naval Warfare Systems Center Pacific in San Diego.