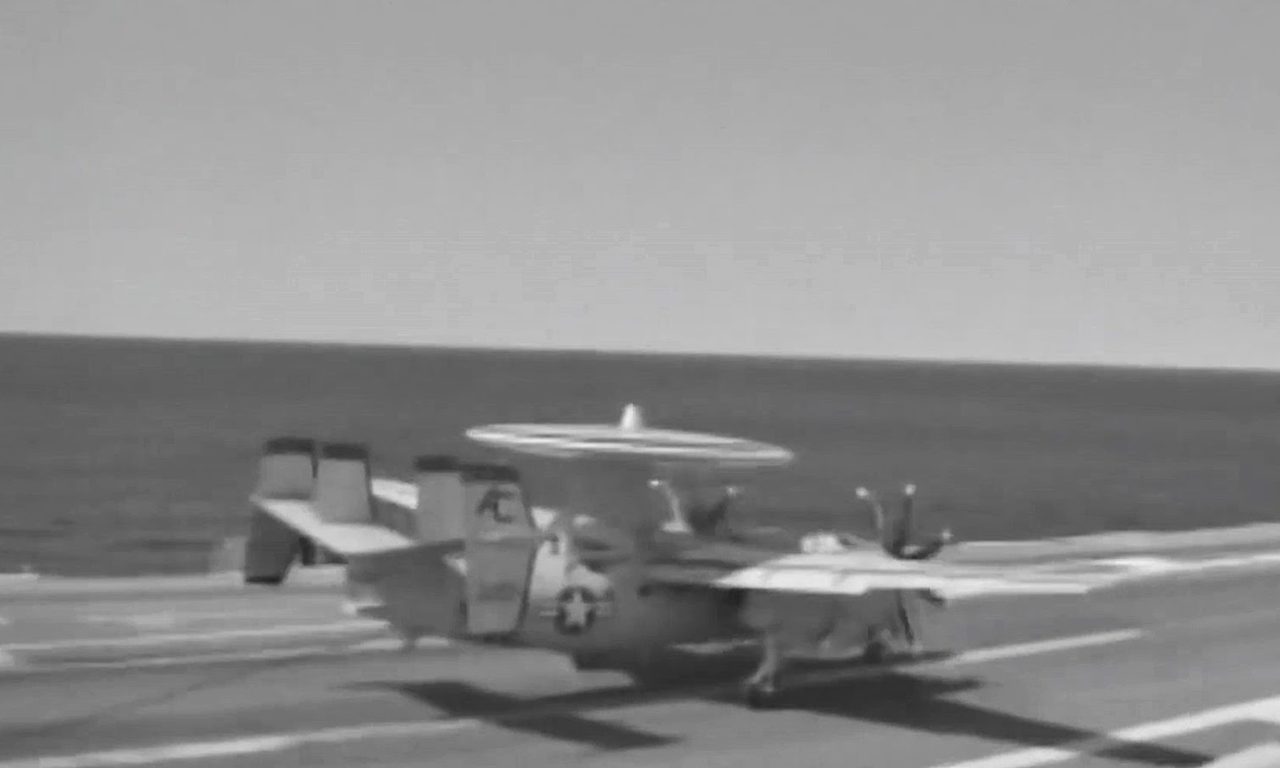 Navy Pilots assigned to the Screwtops of Airborne Early Warning (VAW) 123 are awarded the Armed Forces’ Air Medal aboard the aircraft carrier USS Dwight D. Eisenhower (CVN 69) for saving their aircraft from crash during a landing accident.

On 19 March 2016, and E-2C assigned to VAW-123 attempted an arrested landing onboard USS Dwight D. Eisenhower (CVN 69). The mishap aircraft successfully engaged the number 4 wire, but the #4 arresting gear engine failed to effectively decelerate the aircraft as it continued through the landing area. As the aircraft approached the angled deck, the cress deck pendant parted, and the forward momentum of the aircraft carried it over the end of the angled deck. The mishap aircrew recovered the aircraft and safely returned to port. The root cause of this mishap was determined to be a lack of procedural compliance by 3 Eisenhower maintenance personnel while troubleshooting the #4 arresting gear engine following a system-reported fault code on a prior arrestment; specifically, while executing an approved Naval Air Systems Command procedure to clear the fault code and restore the arresting gear engine, the qualified maintenance personnel missed at least one and possible two critical steps, resulting in the inadvertent programming of a valve that controls arresting gear engine pressure and energy absorption during an arrestment. Thus, on arrestment, the valve failed to seat rapidly enough, and the arresting gear engine exceeded its nominal stroke length, causing the engine to two-block and transfer the arrestment load to the cross deck pendant. The exceeded the cross deck pendant’s breaking strength causing the pendant to part at or near the mishap aircraft’s tail-hook engagement point.

There were no fatalities and the plane made it back to Naval Station Norfolk undamaged.