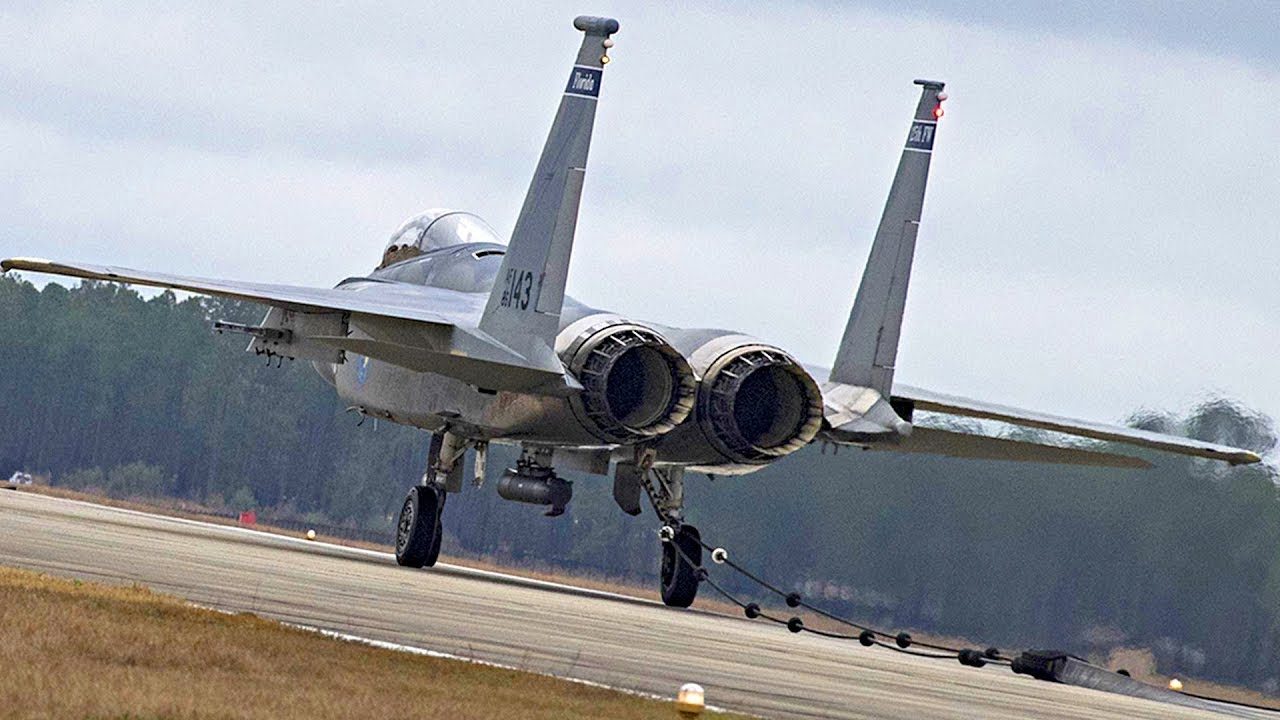 An USAF Airman from the 23d Wing Civil Engineer Squadron, Power Pro Shop, explains how the BAK-12 Aircraft Arrest System works, and the importance of testing it.

The $250,000 system has to be tested at least once per year if it isn’t used during a real-world emergency during that year. The BAK-12 slows down the aircraft by using modified B-52 Bliss Brakes on either side of the runway connected by a rope running across the runway.