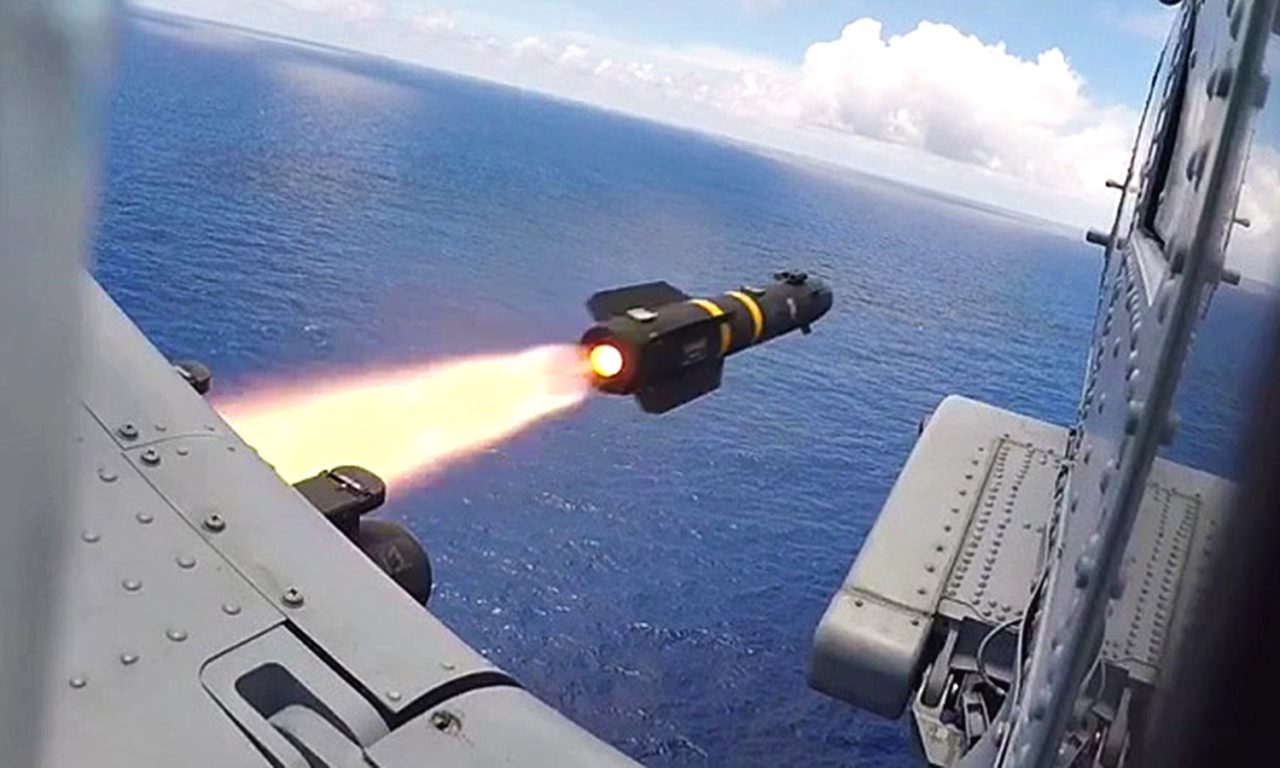 The AGM-114 Hellfire is an air-to-surface missile (ASM) first developed for anti-armor use, but later models were developed for precision strikes against other target types, and have been used in a number of targeted killings of high-profile individuals. It was originally developed under the name Helicopter Launched, Fire and Forget Missile, which led to the colloquial name ‘Hellfire’ ultimately becoming the missile’s formal name. It has multi-mission, multi-target precision-strike ability, and can be launched from multiple air, sea, and ground platforms, including the Predator drone. The Hellfire missile is the primary 100-pound (45 kg) class air-to-ground precision weapon for the armed forces of the United States and many other nations.