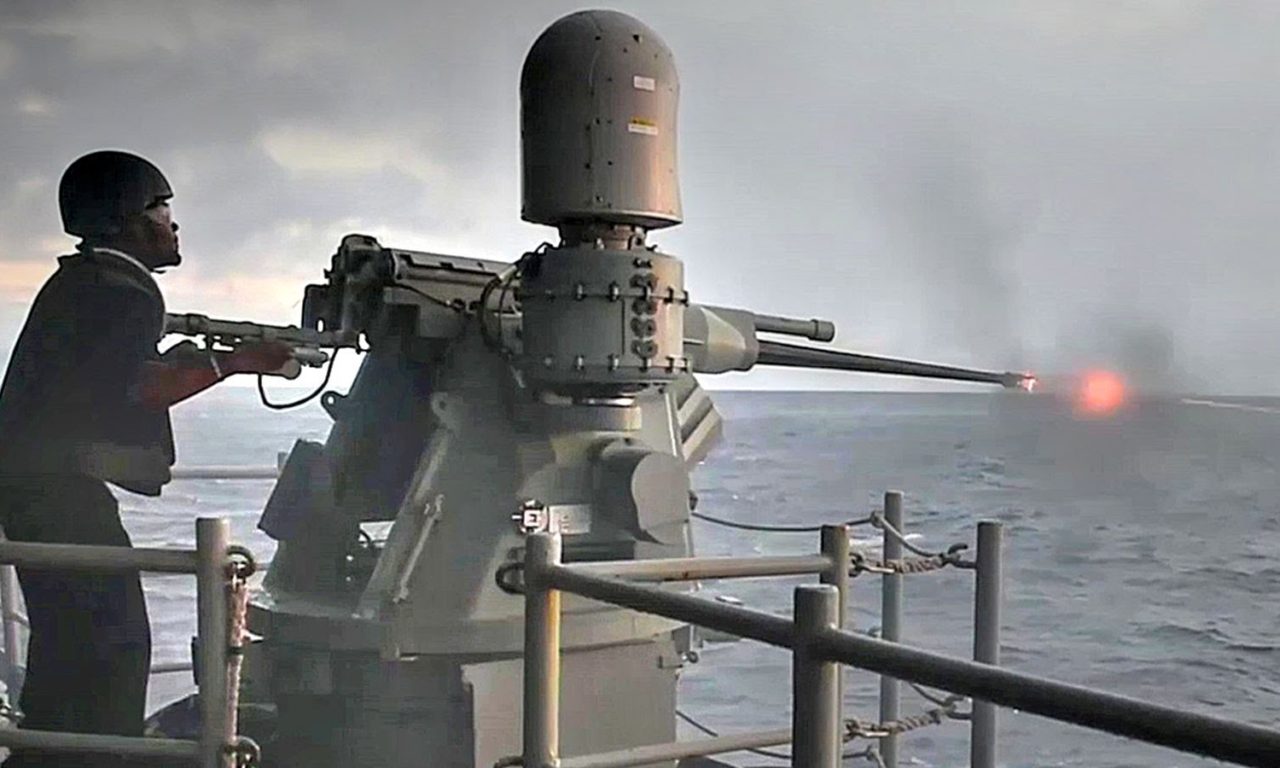 It is an externally powered, chain-driven, single-barrel weapon which may be fired in semi-automatic, burst, or automatic modes. It is fed by a metallic link belt and has dual-feed capability. The term “chain gun” derives from the use of a roller chain that drives the bolt back and forth. The gun can destroy lightly armored vehicles and aerial targets (such as helicopters and slow-flying aircraft). It can also suppress enemy positions such as exposed troops, dug-in positions, and occupied built-up areas. The standard rate of fire is 200 rounds per minute. The weapon has an effective range of 3,000 metres (9,800 ft), depending on the type of ammunition used. With over 10,000 units sold worldwide, it is one of the most successful modern autocannons. (learn more: en.wikipedia.org/wiki/M242_Bushmaster)