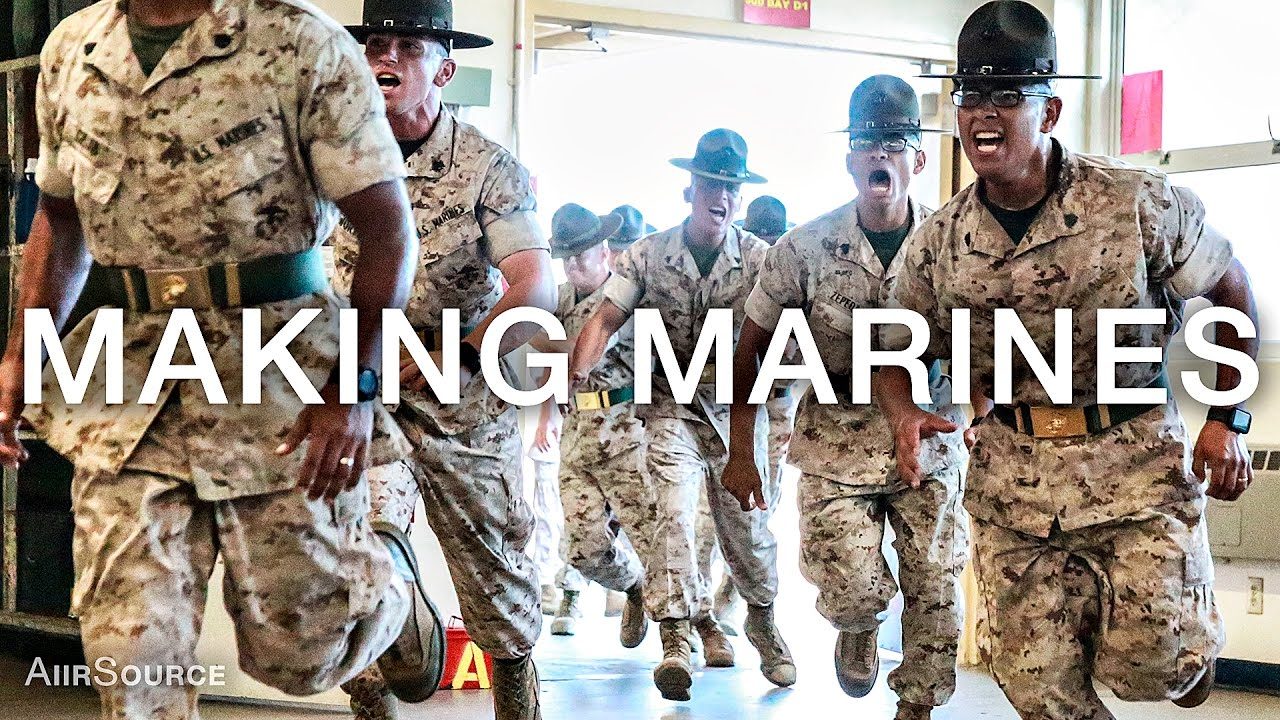 Week 1
Recruits arrive late at night and are immediately thrust into the whirlwind of in-processing, haircuts, uniform and gear issue and medical evaluations. Recruits undergo an initial strength test to ensure they are prepared for training.

Week 2
During week two, recruits meet their team of drill instructors for the first time, learn Marine Corps Core Values and are introduced to the Marine Corps Martial Arts Program.

Week 5
Week 5 serves as the final week of Phase I, which is when recruits participate in swim qualifications and conduct an initial Physical Fitness Test.

Week 7
Firing Week. Recruits take what they learned from Grass Week and apply it downrange.

Week 8
During field week, recruits put their combat mindset to the test, day and night.

Week 9
During week 9, recruits are put on working parties around the depot, experience what it is like to patrol areas at night and undergo a series commander’s inspection.

Week 12
Recruits take on The Crucible. After completing 12 grueling weeks of transformation, recruits have earned the Eagle, Globe and Anchor, and can now finally be called United States Marines.