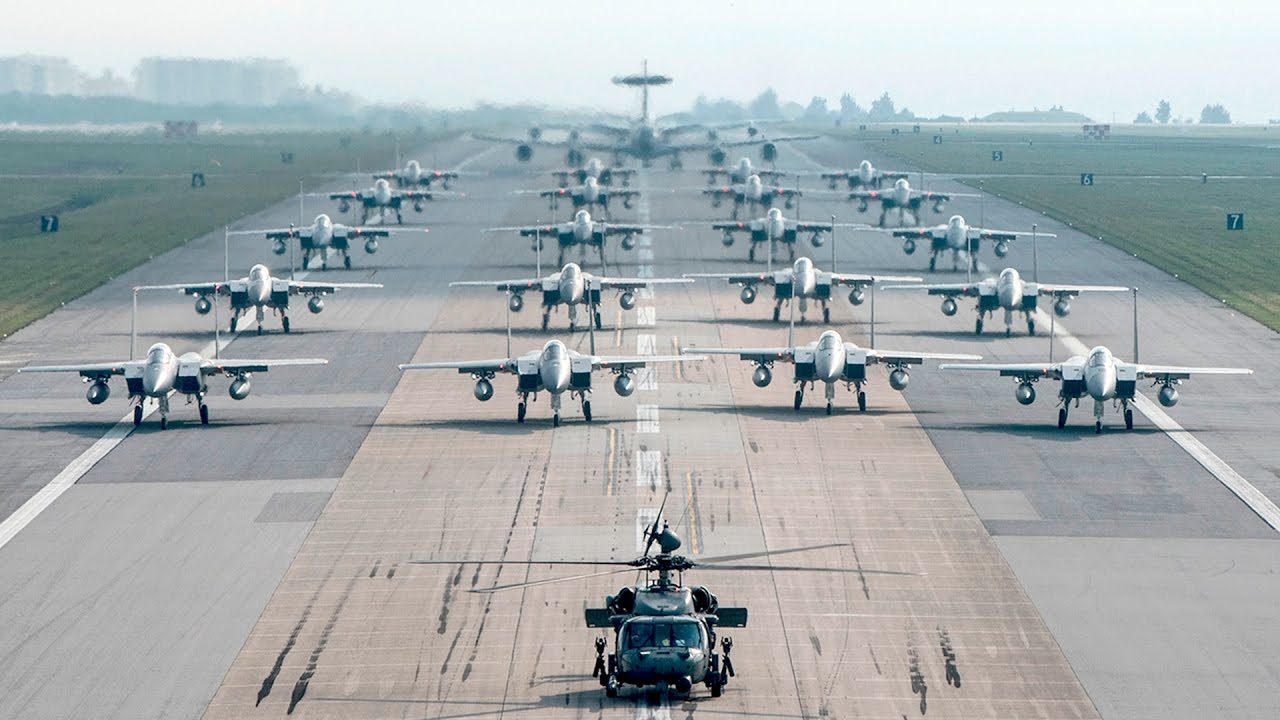 A fleet of fully armed aircraft from the 18th Wing conduct an elephant walk during a no-notice exercise April 12, 2017, at Kadena Air Base in Okinawa, Japan.

An elephant walk is a USAF term for the taxiing of military aircraft right before takeoff, when they are in close formation. Often, it takes place right before a Minimum Interval Takeoff.

This exercise is meant as a show of force in the Pacific theater.