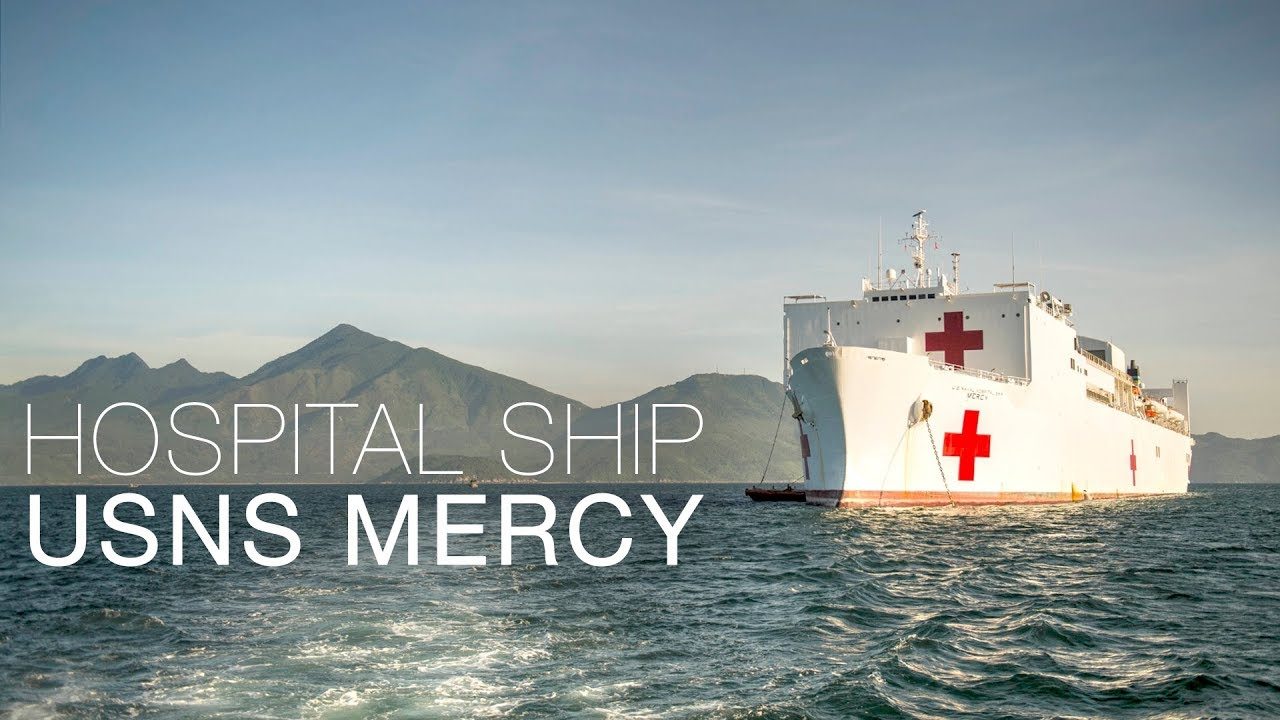 USNS Mercy is the lead ship of her class of hospital ships in non-commissioned service with the United States Navy. Her sister ship is the USNS Comfort (T-AH-20). In accordance with the Geneva Conventions, USNS Mercy and her crew do not carry any offensive weapons, though defensive weapons are available. Firing upon the Mercy would be considered a war crime.