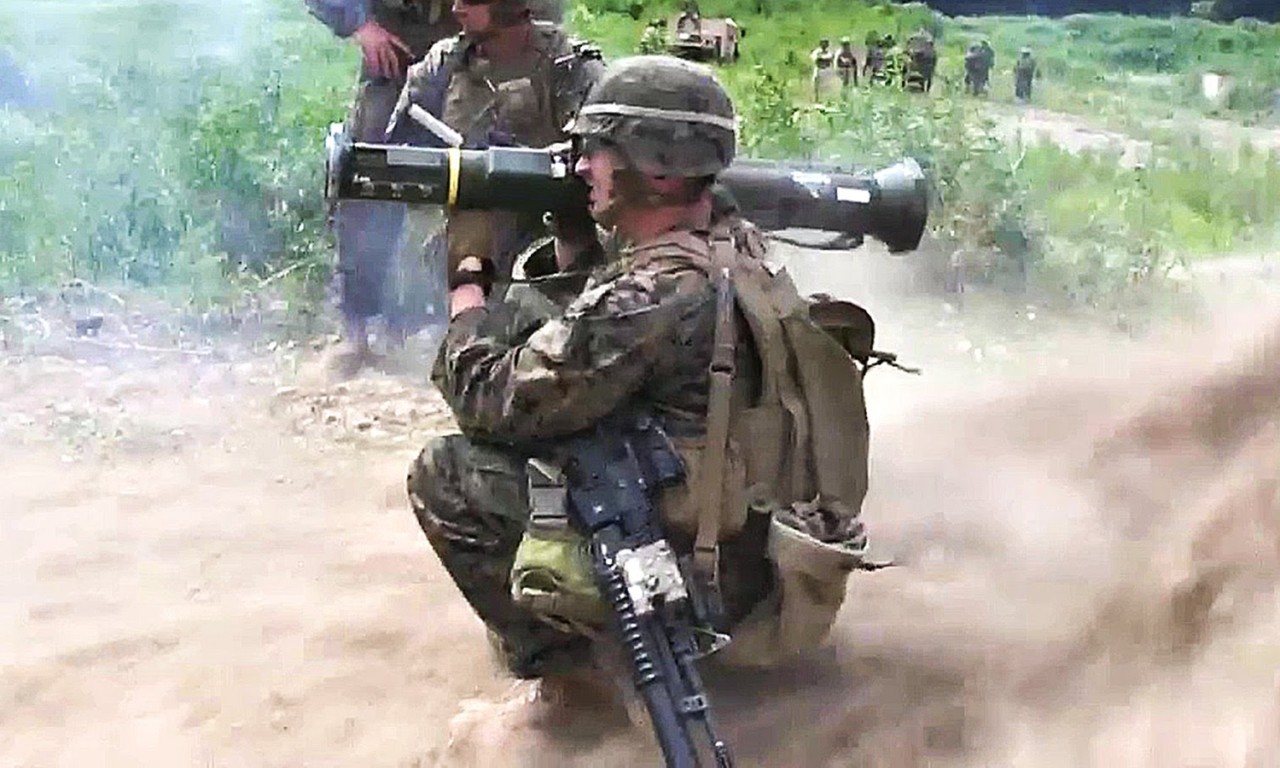 Powerful AT4 Rocket & SMAW In Action

The AT4 is an 84-mm unguided, portable, single-shot recoilless smoothbore anti-tank weapon built in Sweden by Saab Bofors Dynamics.

The Shoulder-Launched Multipurpose Assault Weapon (SMAW) is a shoulder-launched rocket weapon with the primary function of being a portable assault weapon (e.g. bunker buster) and a secondary anti-armor rocket launcher. It was introduced to the United States armed forces in 1984. It has a maximum range of 500 metres (550 yd) against a tank-sized target. It can be used to destroy bunkers and other fortifications during assault operations; it can also destroy other designated targets using the dual mode rocket and main battle tanks using the HEAA rocket. Operations in Afghanistan and Iraq saw a thermobaric rocket added (described as NE—”Novel Explosive”), which is capable of collapsing a building. (en.wikipedia.org/wiki/Shoulder-launched_Multipurpose_Assault_Weapon)