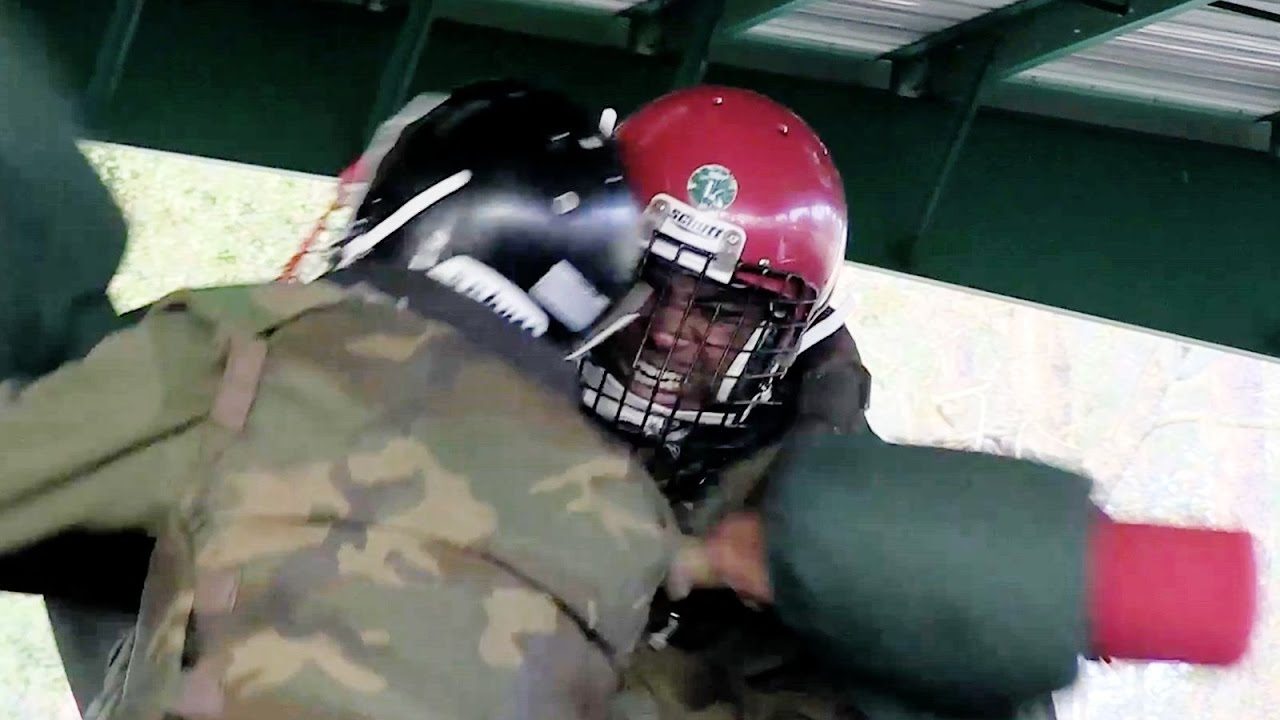 A pugil stick is a heavily padded pole-like training weapon used since the early 1940s by military personnel in training for rifle and bayonet combat. It was initially adopted by the United States Marine Corps, but was later included in United States Army combat training as well.

Pugil bouts are usually conducted with hard contact while wearing protective gear such as groin protectors, American football helmets, hockey gloves, and chest protectors or shin guards, such as those worn by baseball catchers. Some pugil sticks are made with integrated hand guards to reduce the potential for injury. Military procedures for pugil bouts are often detailed, with United States Army and United States Marine Corps both prohibiting pugil training by anyone who has recently suffered concussion of the brain, lest they suffer traumatic brain injury, or had a tooth extraction within the past 24 hours.