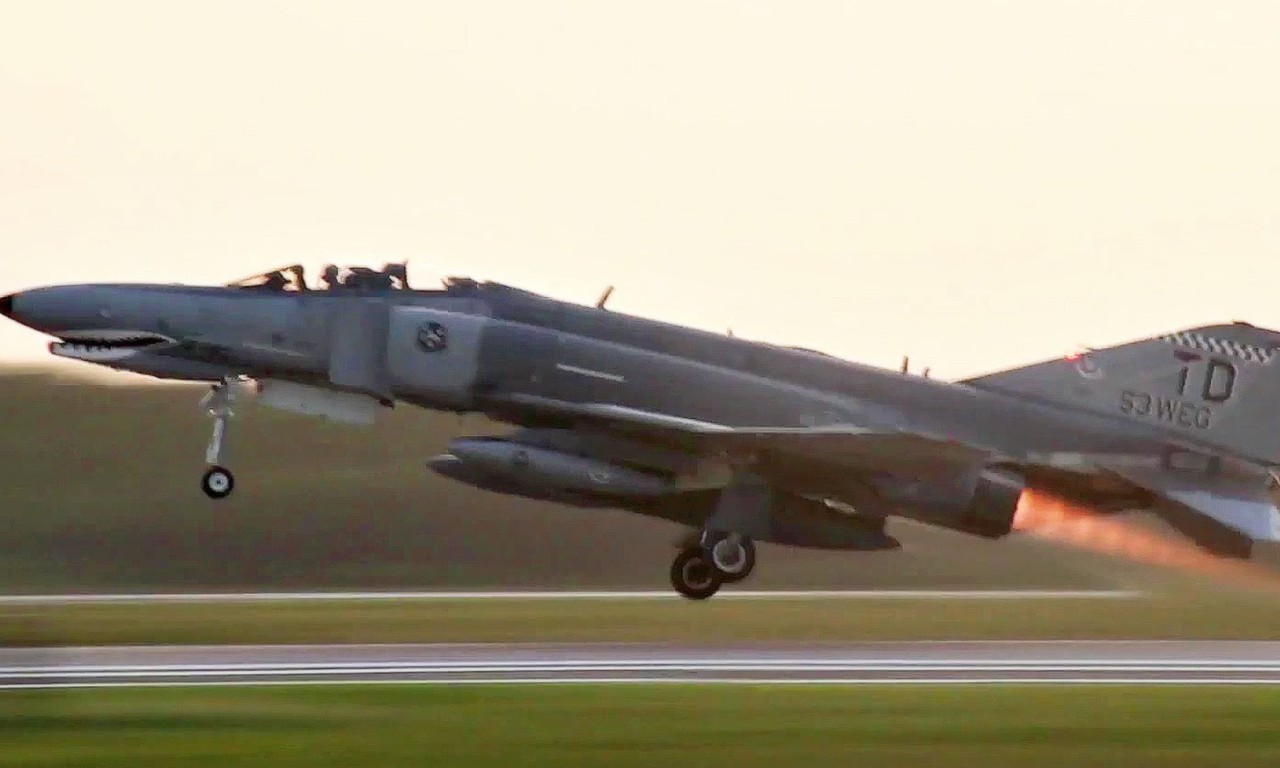 Video of the final departure of the 82nd Aerial Target Squadron’s last QF-4 Phantom on Tyndall AFB, Fla. The QF-4 will fly cross-country to Holloman AFB, New Mexico, where the jet will remain for its final missions.

The supersonic QF-4 is a reusable full-scale, remotely piloted aerial target modified from the F-4 Phantom.

The QF-4 is a remotely controlled target, which simulates enemy aircraft maneuvers. The aerial target can be flown by remote control or with a safety pilot to monitor its performance. The QF-4 is flown unmanned when missiles are fired at it, and only in specific over-water airspace authorized for unmanned flight. When flown unmanned, an explosive device is placed in the QF-4 to destroy the aircraft if it inadvertently becomes uncontrollable.

The QF-4 is equipped to carry electronic and infrared countermeasures to fully evaluate fighters and weapons flown and fired against it. Full-scale aircraft can be flown totally by computer, or controlled manually during takeoff and landing using a mobile control station located at the runway.