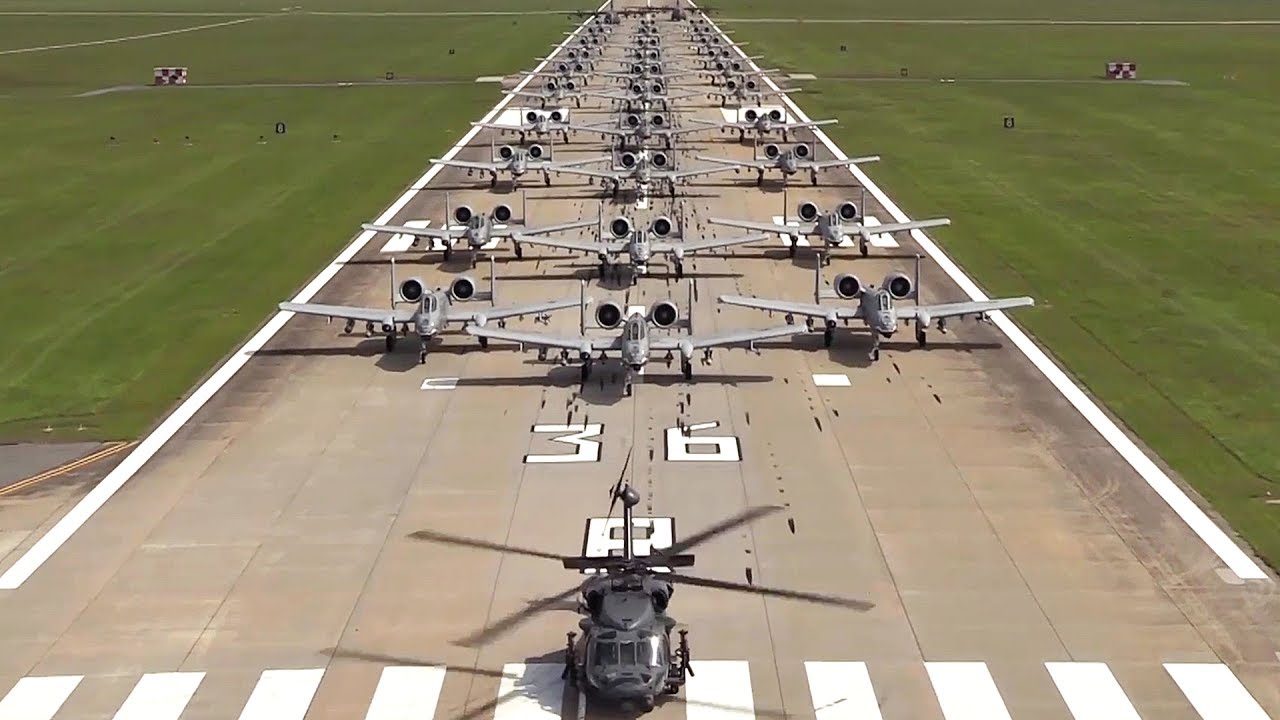 The A-10 WILL KEEP FLYING – Surge Exercise Elephant Walk

Released on May 24, 2017, the latest Pentagon budget proposal outlines plans for the Air Force to maintain its fleet of A-10 Thunderbolts. The budget overview states that “this budget fully funds the entire fleet of 283 A-10 Thunderbolt IIs. Fleet strategy and viability will be assessed as the Air Force determines a long term strategy.”

In this video, aircraft from the 23d Wing conducted a surge exercise at Moody Air Force Base, May 22, 2017. The exercise was conducted in order to demonstrate the wing’s ability to rapidly deploy combat ready forces across the globe. The 23d Wing maintains and operates A-10C Thunderbolt IIs, HH-60G Pave Hawks, and HC-130J Combat King II aircraft for precision attack, personnel recovery and combat support worldwide.