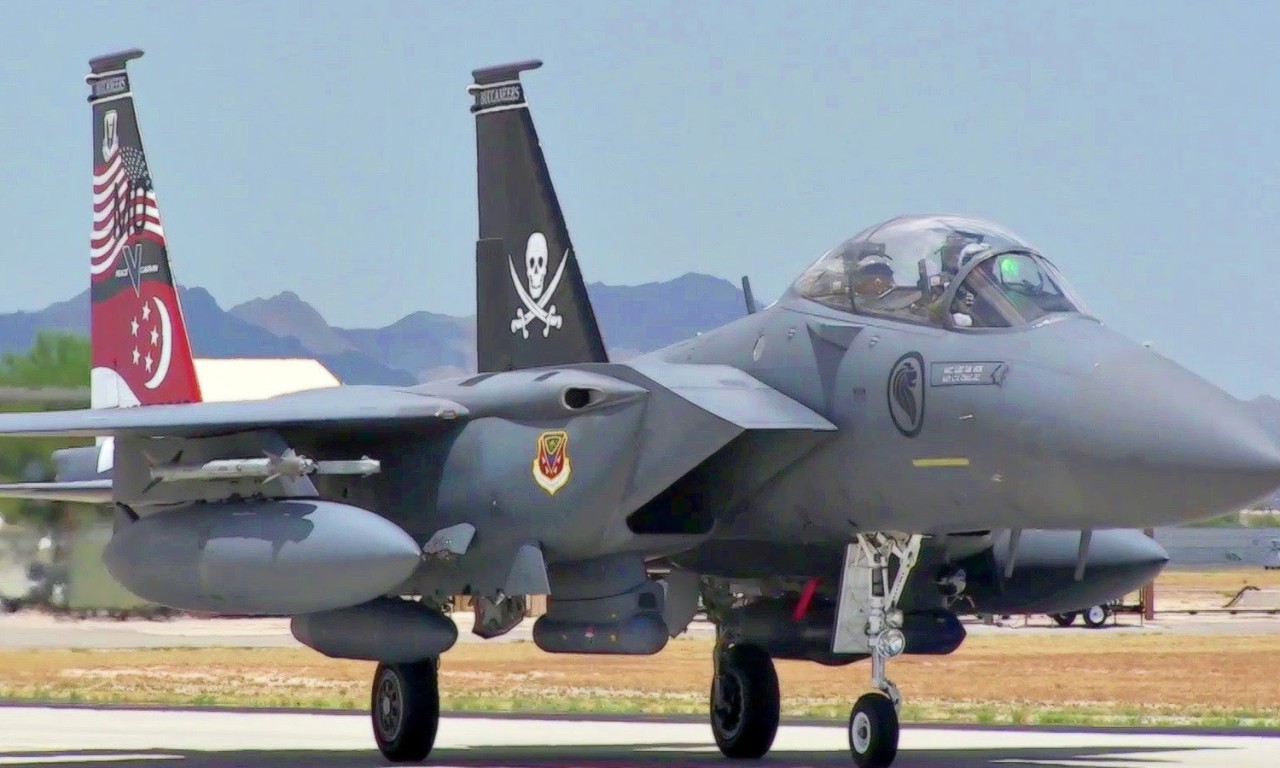 The Best F-15 Fighter Yet: F-15SG Landing At Air Force Base

The F-15SG (formerly F-15T) is a variant of the F-15E, ordered by the Republic of Singapore Air Force (RSAF) after a seven-year evaluation period involving five other fighter aircraft under consideration. The F-15SG was chosen on 6 September 2005 over the Dassault Rafale, the only other remaining aircraft in contention. An order for 12 F-15SG fighter was placed in December 2005. (Read moer: en.wikipedia.org/wiki/McDonnell_Douglas_F-15E_Strike_Eagle)