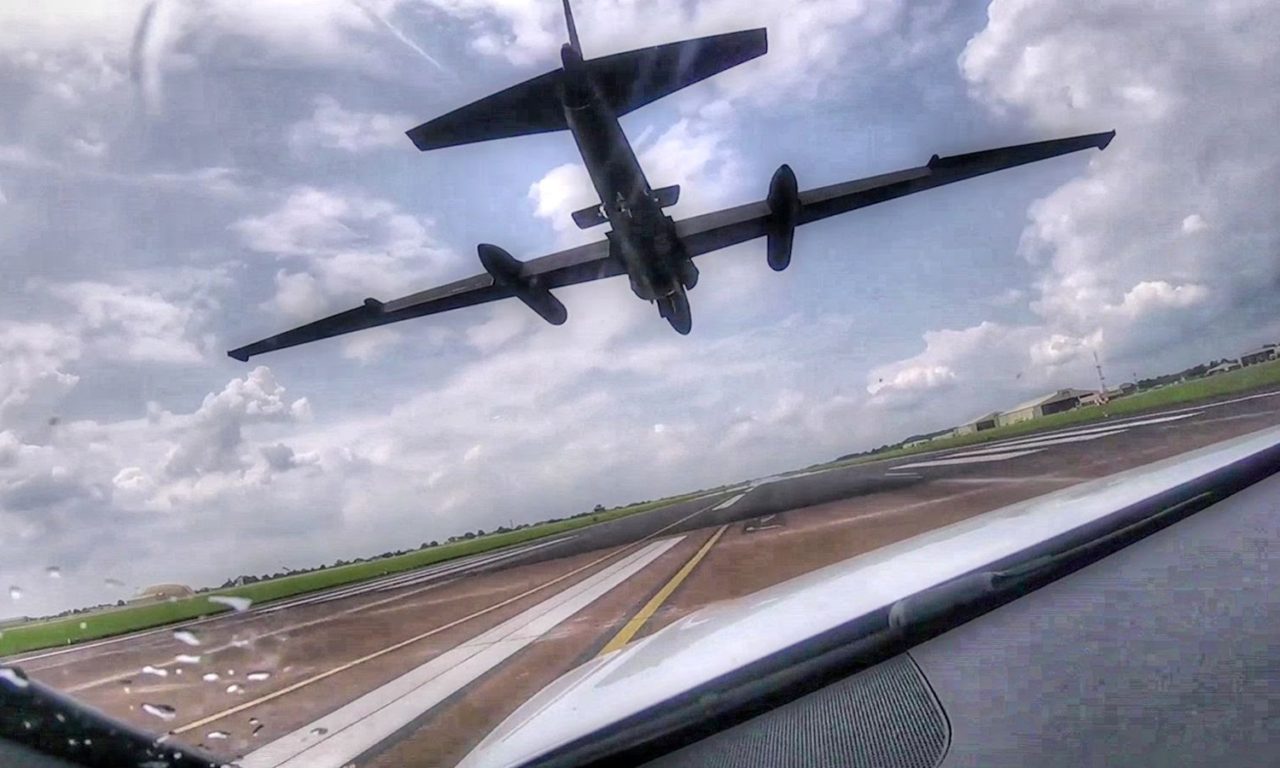 USAF U-2s taking off from Beale Air Force Base and landing at RAF Fairford before taking off again.

The U-2 ‘Dragon Lady’ aircraft was originally designed to fly high-altitude intelligence, surveillance and reconnaissance missions during the Cold War to gather intelligence on opposition forces. Today, the U-2S flies in support of a variety of missions from ground combat to disaster relief. A “mobile” follows behind the aircraft in a chase car to assist the pilot with altitude and position calls. Mobiles are U-2 pilots who assist during taxi, takeoff and landing.