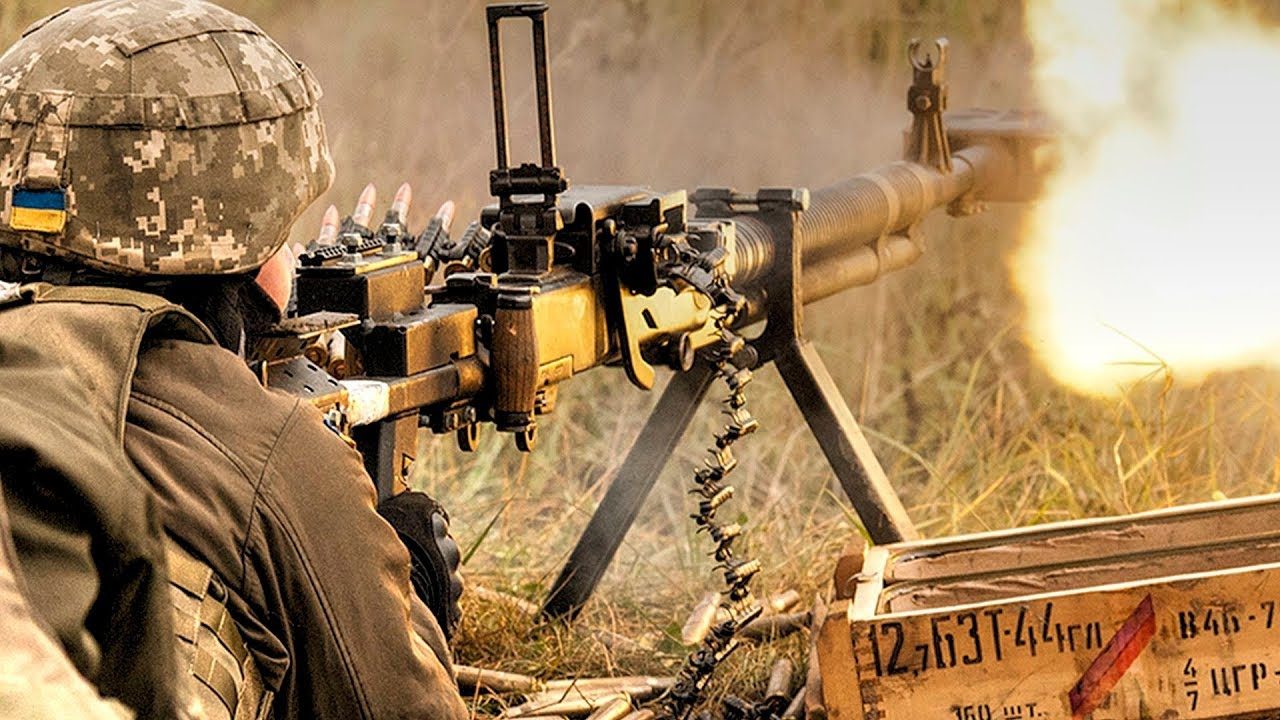 The DShK 1938 (ДШК, for Дегтярёва-Шпагина Крупнокалиберный, Degtyaryova-Shpagina Krupnokaliberny, “Degtyaryov-Shpagin Large-Calibre”) is a Soviet heavy machine gun firing the 12.7×108mm cartridge. The weapon was also used as a heavy infantry machine gun, in which case it was frequently deployed with a two-wheeled mounting and a single-sheet armour-plate shield. It took its name from the weapons designers Vasily Degtyaryov, who designed the original weapon, and Georgi Shpagin, who improved the cartridge feed mechanism. It is sometimes nicknamed Dashka in Russian-speaking countries, from the abbreviation. (Learn more: en.wikipedia.org/wiki/DShK)

Yavoriv CTC instructors led the training and were joined by Polish army and U.S. Army mentors from the Joint Multinational Training Group-Ukraine to teach the airborne troops how to use the weapon and effectively engage targets at various distances.