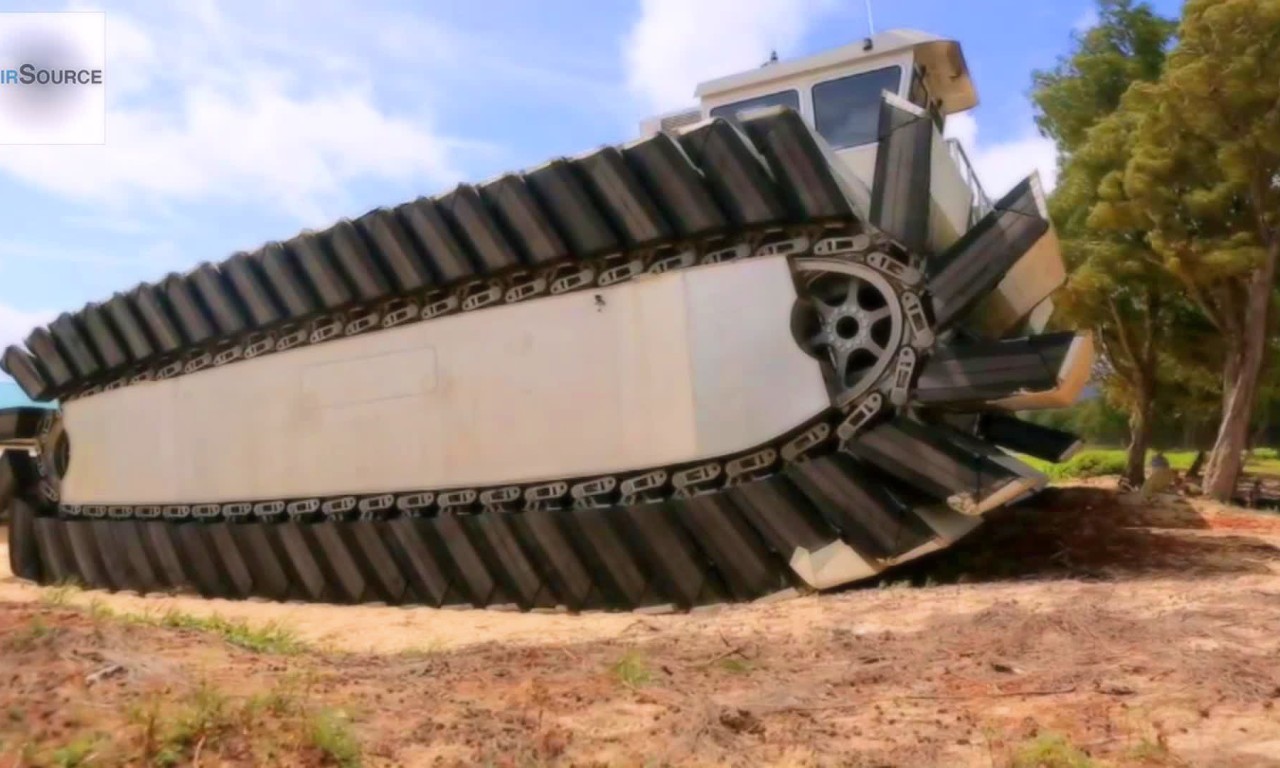 The Ultra Heavy-Lift Amphibious Connector (UHAC) begins to rotate on the beach, July 9, at Marine Corps Training Area Bellows on Oahu, Hawaii during a Marine Corps Advanced Warfighting Experiment. The AWE is the culmination of a decade of progressive experimentation conducted by the Marine Corps Warfighting Lab (MCWL) where they are testing potential future technologies, solutions and concepts to future Marine Air Ground Task Force challenges. The AWE is taking part during the Rim of the Pacific (RIMPAC) Exercise 2014. Lt. Col. Don Gordon, the current technology officer at MCWL, said the UHAC is one of those experimental technologies that displays a possible capability of being able to insert Marines in areas where current technology wouldn’t be able to insert them based on current systems that are fielded. The UHAC prototype is a ship-to-shore connector and is half the size of the intended machine. Currently, the UHAC travels at four knots using a track system with floatation-like pads that propels itself through different terrain. Video by Master Sgt. Kyle Olson and Gunnery Sgt. Jeremy Vought | Marine Corps Futures Directorate