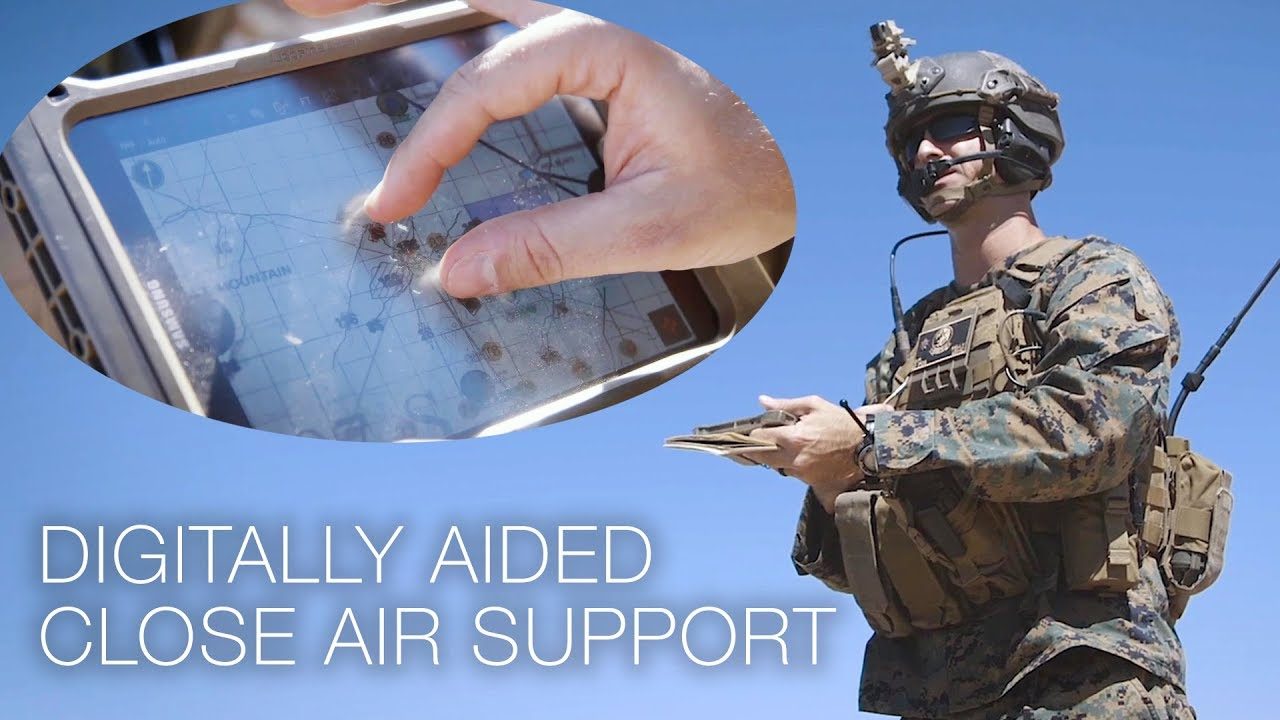 The exercises were conducted during Weapons and Tactics Instructors course 1-18. WTI is a course that brings service members from all across the world to participate in training that teaches pilots, air crew and ground forces to work together to benefit the Marine Air Ground Task Force.

Using a tablet known as the Target Handoff System V2, they can relay their position to artillery and aerial support using GPS location and indicate where their target is. The tablet connects to a PRC-117G radio to use voice communication in conjunction with GPS.

“We were sending VMF messages to (F/A-18D’s) using THS and on the same tablet we had a 117G hooked in with an ANW2 network,” said Gunnery Sgt. Andrew Rogers, a joint tactical air controller with Marine Aviation Weapons and Tactics Squadron 1. “So we were able to track position/location information of multiple friendly positions while they moved”

Rogers said this helps the ground units by sending direct and accurate information to fire support. This is the first time these systems have been integrated and fielded for a Marine Corps exercise.