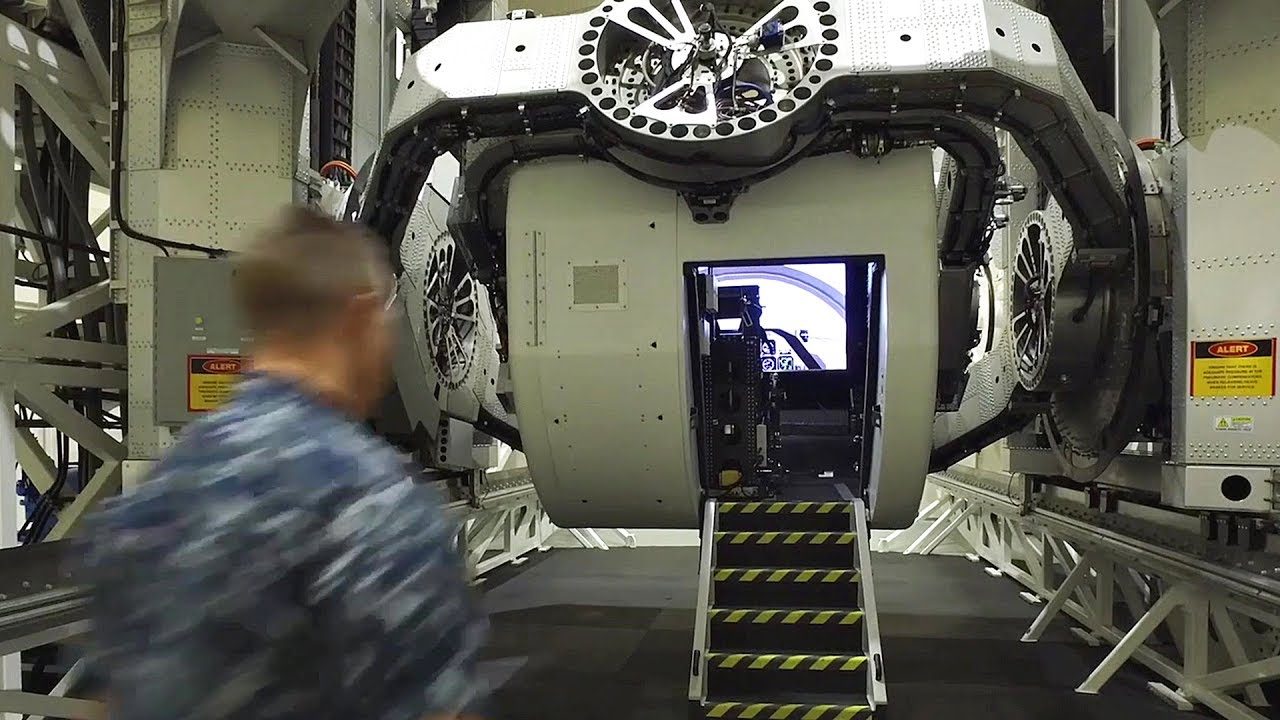 “At 245,000 pounds, 4,500 horsepower, simultaneous motion on six axis, sustained planetary motion of 3G, and horizontal travel to 16.5 feet, the Kraken will allow researchers to create the most realistic motion simulations never before imagined – except by perhaps one person – the pioneering physician, Navy Capt. Ashton Graybiel, who dared to imagine the physiologic impacts of motion and acceleration on the human body, said Navy Capt. Rees Lee, NMRU-D commanding officer.

“The Disorientation Research Device, together with the human centrifuge and hyperbaric chamber at the 711th Human Performance Wing will set Wright-Patterson Air Force Base as the center of acceleration research in the nation,” said Lee.

The Kraken is a mystical creature from the deep whose tentacles twist and toss its victims until they don’t know which way is up. Naval Medical Research Unit Dayton, stationed at Wright-Patterson Air Force Base, is using its own Kraken not to destroy but to save lives.

See how this monster from the depths is working to protect American aviators. Video Include footages of the device and military personnel who operate, maintain and program the device.