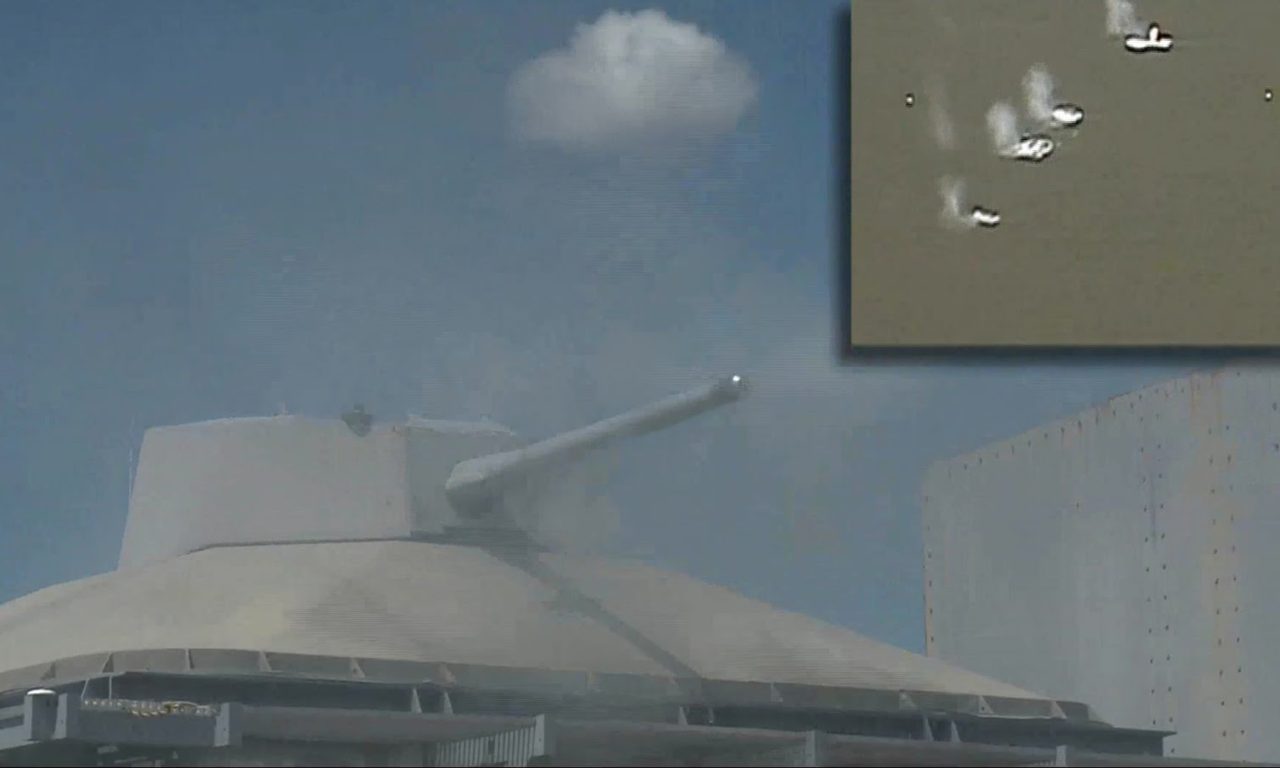 It was the first time an entire Navy strike group was brought together in a land-based environment spanning the entire kill chain – plan, detect, control, engage and assess.

“This event brings it all together,” said Rear Adm. Tom Druggan, NSWC commander. “We have to field systems that are a slam dunk win for the Navy. When push comes to shove, the Navy has to win. Our job is to make sure the fleet wins today and in the future.”

“This has been five to six years in the making and couldn’t come at a better time as we see real-world events such as the recent small boat incursions in the Middle East, highlighting the need for the Fleet,” said Capt. Brian Durant, NSWCDD commanding officer.

The live fire engagements continued throughout the scenario, demonstrating integration of currently fielded capabilities, from MH-60R and MH60S Seahawk helicopters to the Aegis Combat System and the Ship Self-Defense System with new technologies such as Virtual Automatic Scoring System.