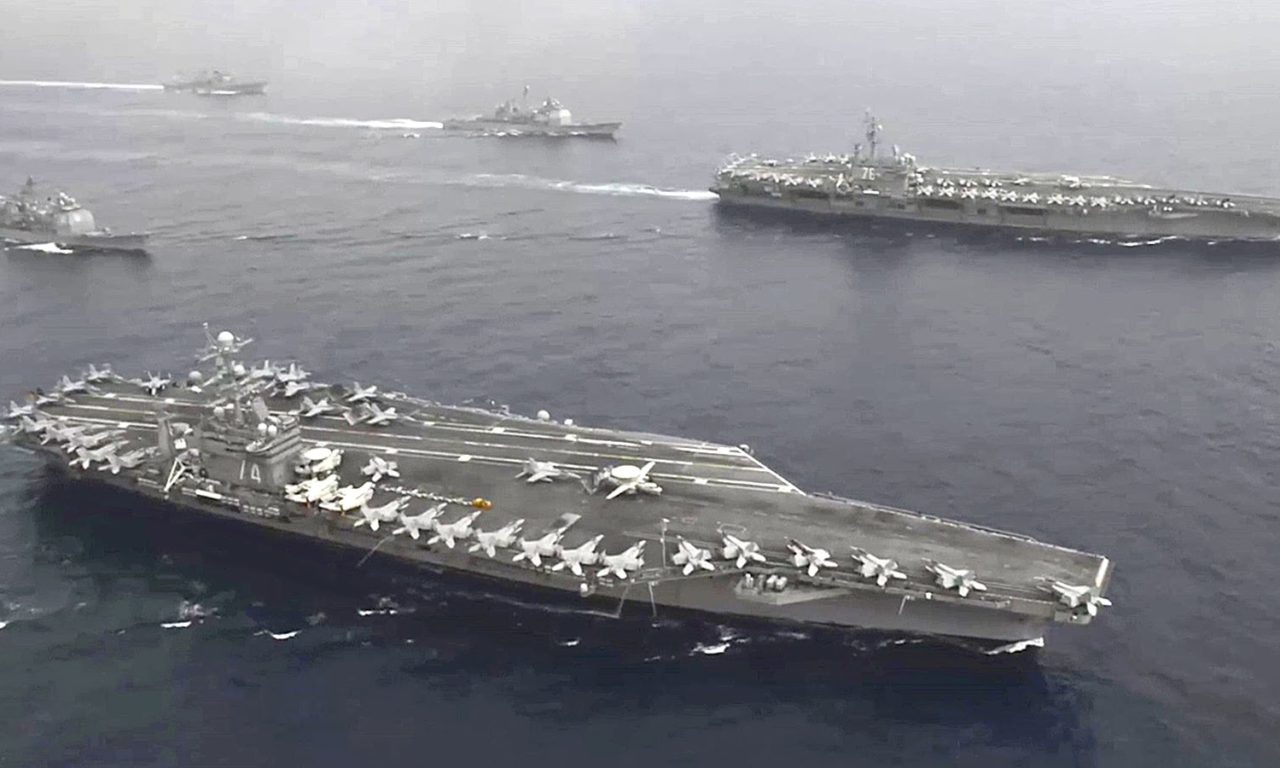 In a massive show of strength that was meant to reassure allies in the Asia-Pacific region, the U.S. Navy deployed two aircraft carrier strike groups in the Philippine Sea.