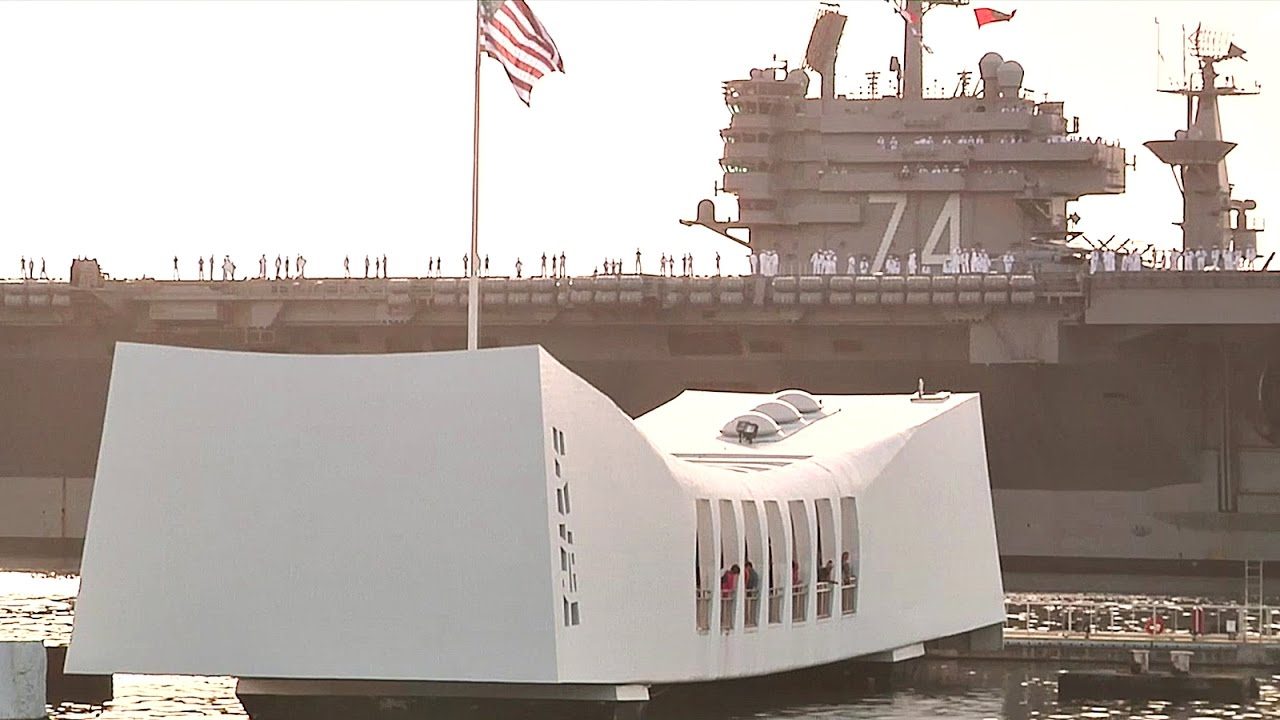 USS John C. Stennis (CVN 74) renders honors to the USS Arizona Memorial and USS Battleship Missouri Memorial during its arrival to Joint Base Pearl Harbor-Hickam. 2016 marks the 75th anniversary of the attacks on Pearl Harbor. The U.S. military and the State of Hawaii are hosting a series of remembrance events throughout the week to honor the courage and sacrifices of those who served Dec. 7, 1941 and throughout the Pacific Theater.