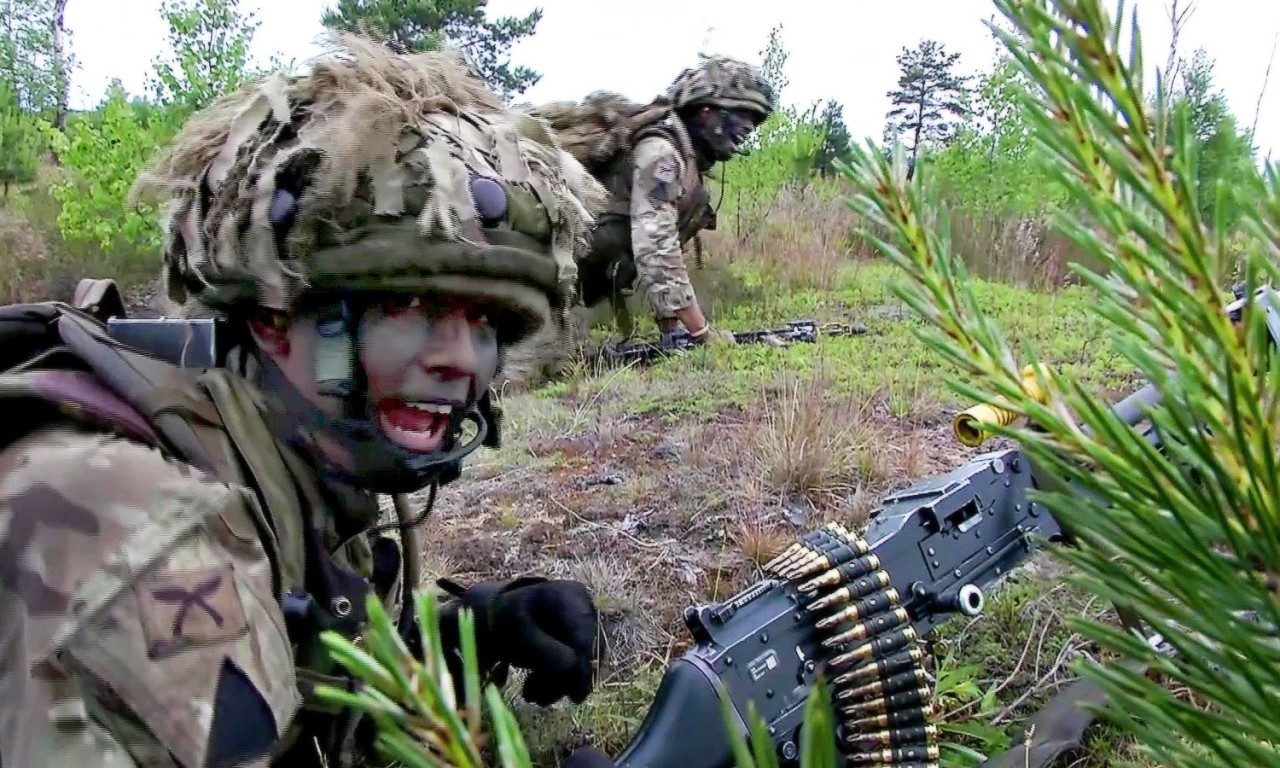 The Royal Gurkha Rifles Regiment leads the way in the final phase of Exercise Saber Strike.

The Royal Gurkha Rifles (RGR) is a rifle regiment of the British Army, forming part of the Brigade of Gurkhas.

Unlike other regiments in the British army, soldiers are recruited from Nepal, which is neither a dependent territory of the United Kingdom nor a member of the Commonwealth.

The Gurkhas are a unique unit in the Army with a reputation of being amongst the finest and most feared soldiers in the world. The Victorians identified them as a “martial race”, perceiving in them particularly masculine qualities of toughness.

Their motto is: Better to die than live a coward.