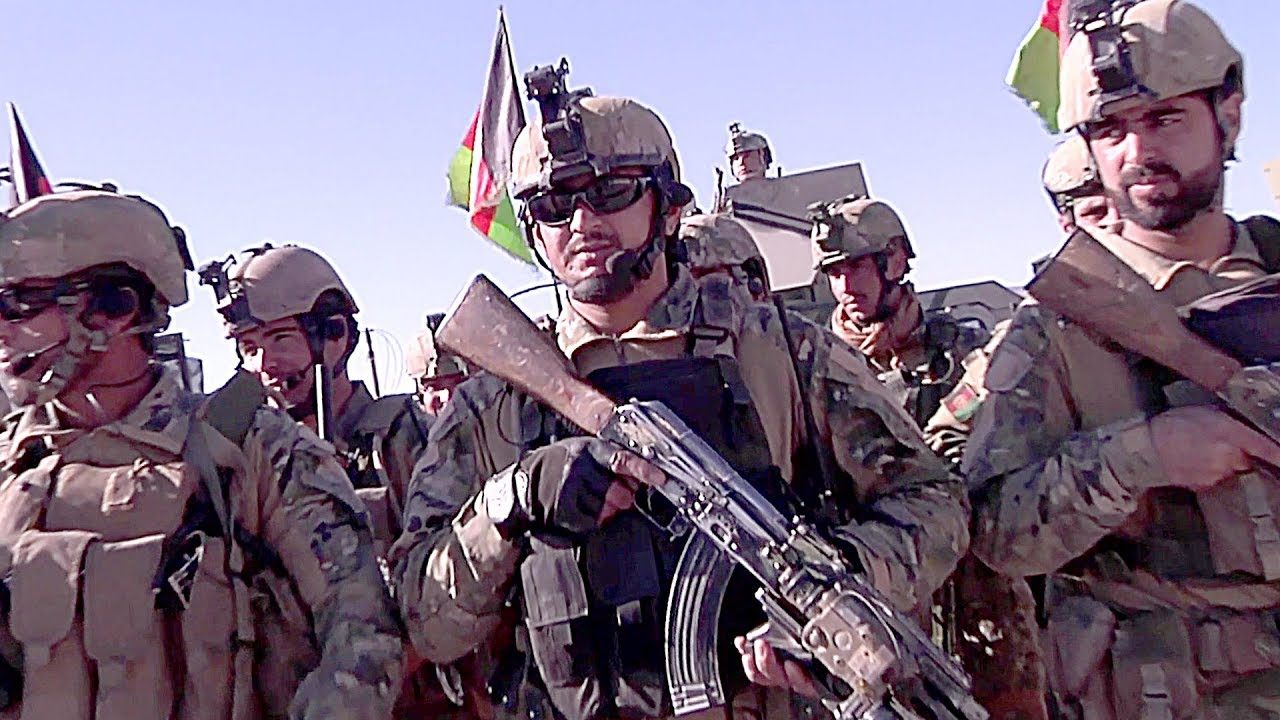 Afghan Commando Force 333 was founded in 2002 and operates at the tip of the spear in the Afghan Special Security Forces. The CF333 commando unit is based in Logar and is becoming increasingly well known for its success in nullifying insurgent attacks. The CF333 conduct the full operational spectrum; including high risk arrest, counter terrorist siege resolution and specialist reconnaissance. In 2017, the unit has conducted more than 70 independent and 21 advised operations across Afghanistan.

NATO support to the unit, led by the United Kingdom, has evolved to a purely train, advise, assist role to help the CF333 develop its elite counter-terrorism capacity. Footage includes: Shots of the CF333 performing a cordon and search demonstration, entering an enemy compound. Commandos searching a suspect for weapons, performing arrest.

General John W. Nicholson, Commander Resolute Support, visited the Commando Force in Logar Province to witness their demonstration. General Nicholson: “This is the best I have seen here in Afghanistan. This is an indication of your skill, your courage and most of all, your dedication. And in the face of your capability, the enemy can not win. It’s obvious to me why you’ve never lost a battle, and you never will.”