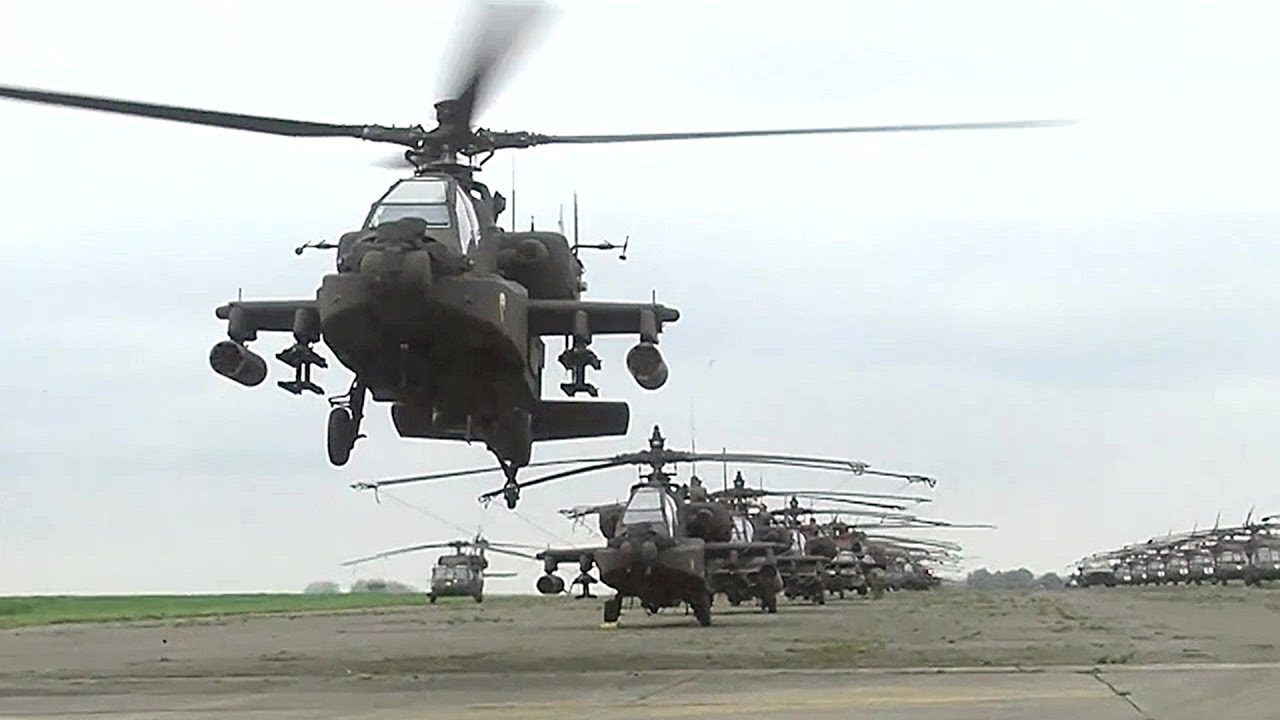 AH-64 Apache and UH-60 Black Hawk helicopters of the 1st Air Cavalry Brigade take off from Chièvres Air Base, Belgium in support of Operation Atlantic Resolve. Members of the 1st Air Cavalry Brigade arrived with 77 helicopters to the port of Zeebrugge, Belgium, in October and then came to the air base before deploying to Germany, Poland, Latvia and Romania.

Operation Atlantic Resolve are ongoing efforts in response to Russia’s actions in Ukraine, mainly the War in Donbass. It is funded under the European Reassurance Initiative. All U.S. efforts in support of NATO fall under the umbrella of Operation Atlantic Resolve. The U.S. took several immediate steps to demonstrate solidarity with NATO, such as augmenting the air, ground and naval presence in the region, and enhancing previously scheduled exercises. The U.S. is taking measures to enhance NATO military plans and defense capabilities and remains committed to maintaining a persistent presence in Central Europe and Eastern Europe. (Learn more: en.wikipedia.org/wiki/Operation_Atlantic_Resolve)