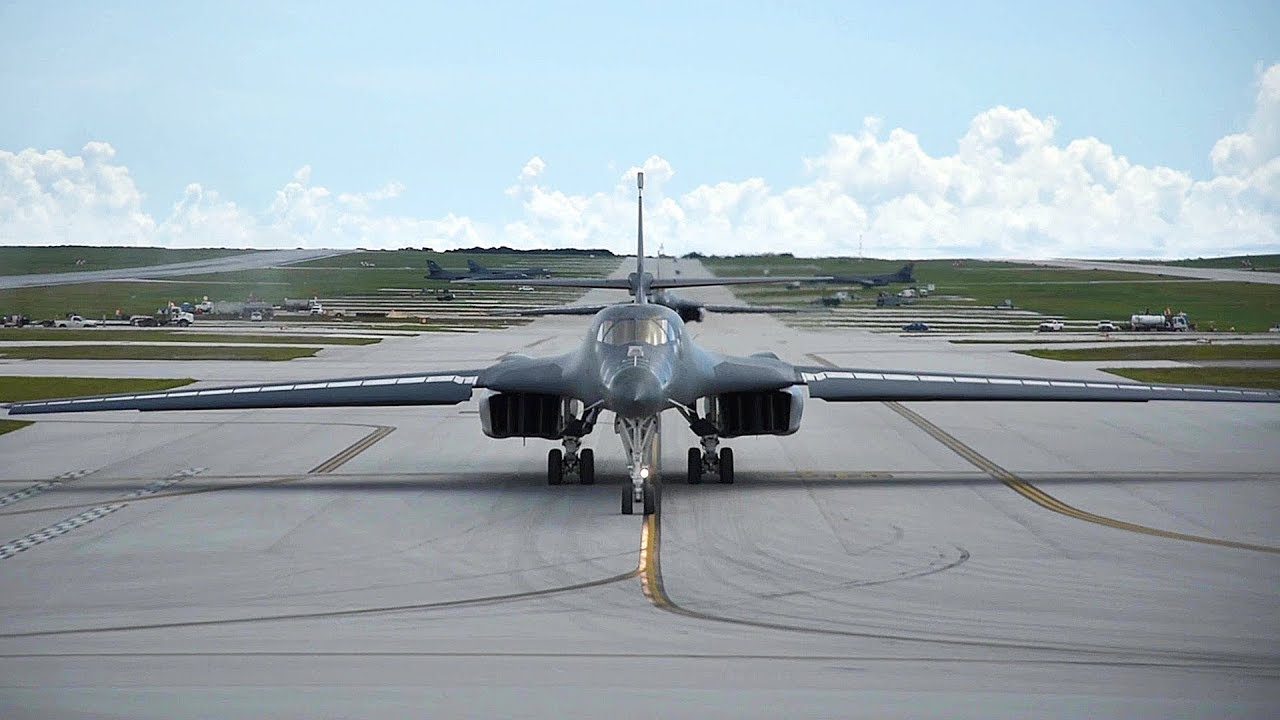 B-1 Bombers Take Off Side-By-Side Simultaneously From Guam

A key part of the US military’s ‘tip of the spear,’ the bombers on Guam are ‘locked and loaded’, and ready to fulfill strike missions if called upon by the administration. This exercise is in direct response to Pyongyang’s recent escalation of nuclear threat.