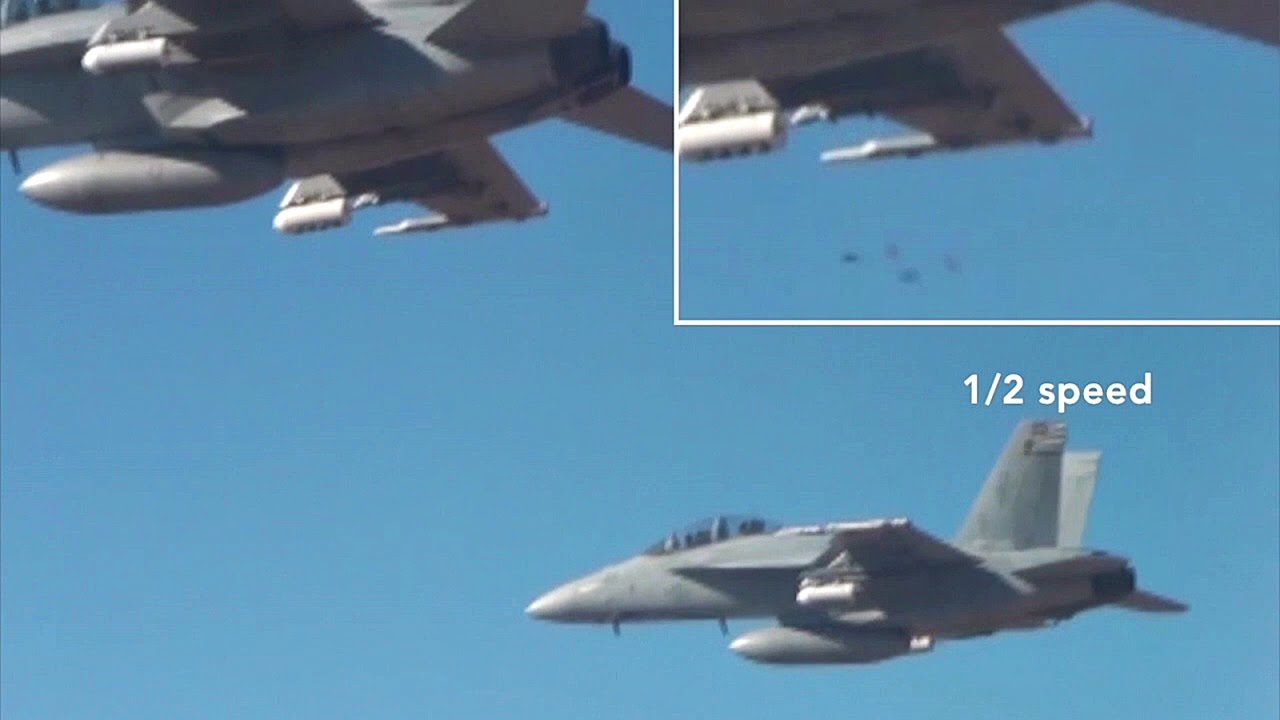 Watch US fighter jets releasing a swarm of Perdix micro-UAV swarm during a Naval Air Systems Command’s demonstration held at China Lake, California. Measured at just six inches, the micro drones are capable of confusing enemy defences and blocking radar signals. The drones are not pre-programmed synchronized individuals, they are a collective organism, sharing one distributed brain for decision-making and adapting to each other like swarms in nature.