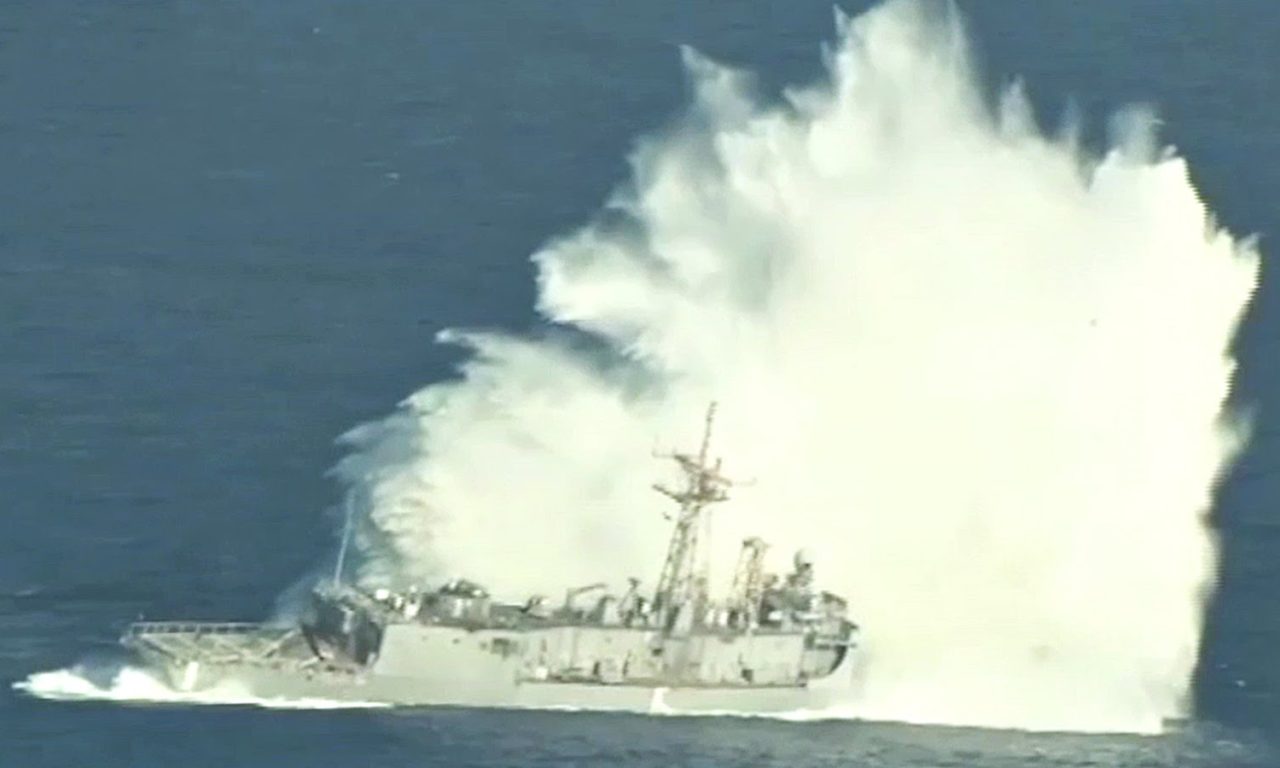 Aerial video of the sinking exercise (SINKEX) of the decommissioned USS Thach (FFG 43) during Rim of the Pacific 2016. The decommissioned ship is fired at with missiles and torpedoes until they sink.

The Oliver Hazard Perry-class guided-missile frigate USS Thach was decommissioned after more than 29 years of naval service in year 2013.

SINKEX is live fire training exercises conducted by the U.S. Navy to practice gunnery, torpedo accuracy, and missile drills on decommissioned Naval Warships. It gives the U.S. Navy the opportunity to practice on live targets, using real ammunition, and observing the results.