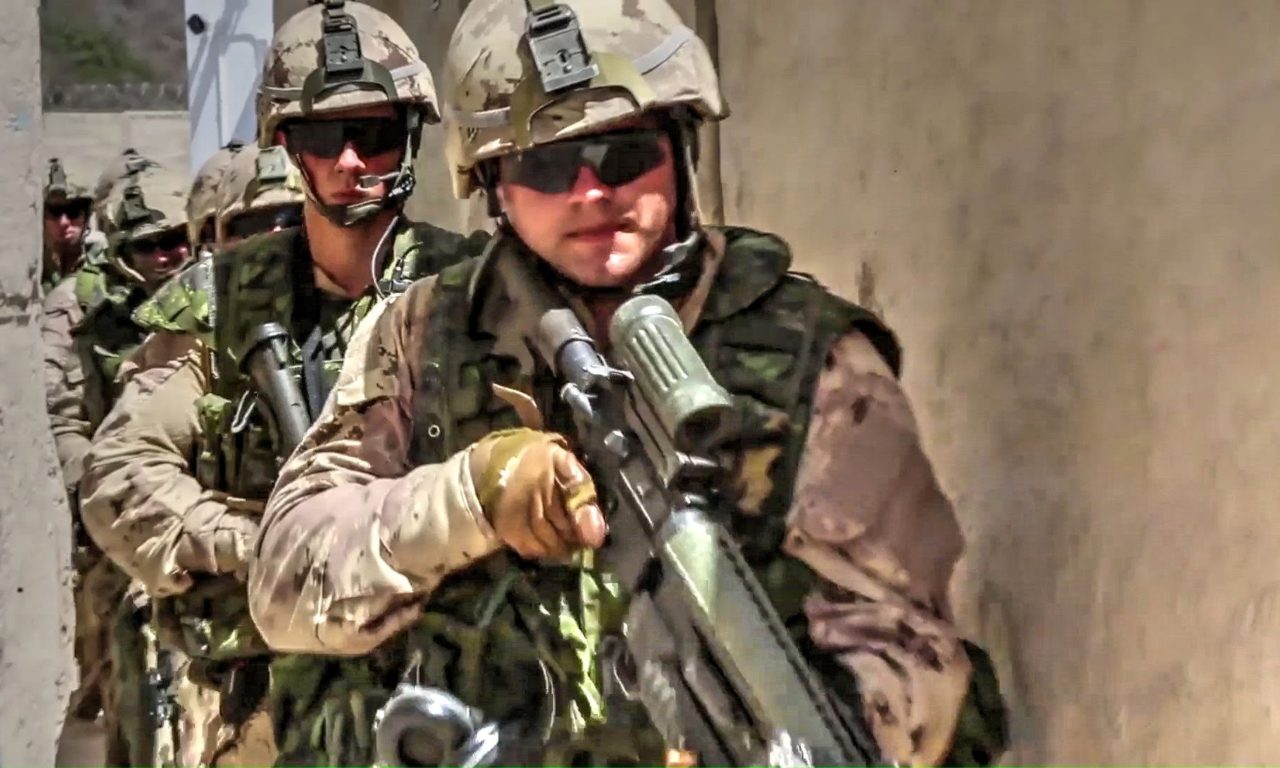 U.S. Marines conduct training in conjunction with the Canadian Army at the Infantry Immersion Trainer at Camp Pendleton, California.

The Infantry Immersion Trainer (IIT) is a mixed reality training facility. The interior of an abandoned warehouse has been turned into an embattled Middle Eastern town through the use of sets, and special effects such as projections, pyrotechnics, sounds, and smells.

The U.S. Marines are with India Company, 3rd Battalion, 5th Marines. The Canadian units are with the Royal 22nd Regiment.