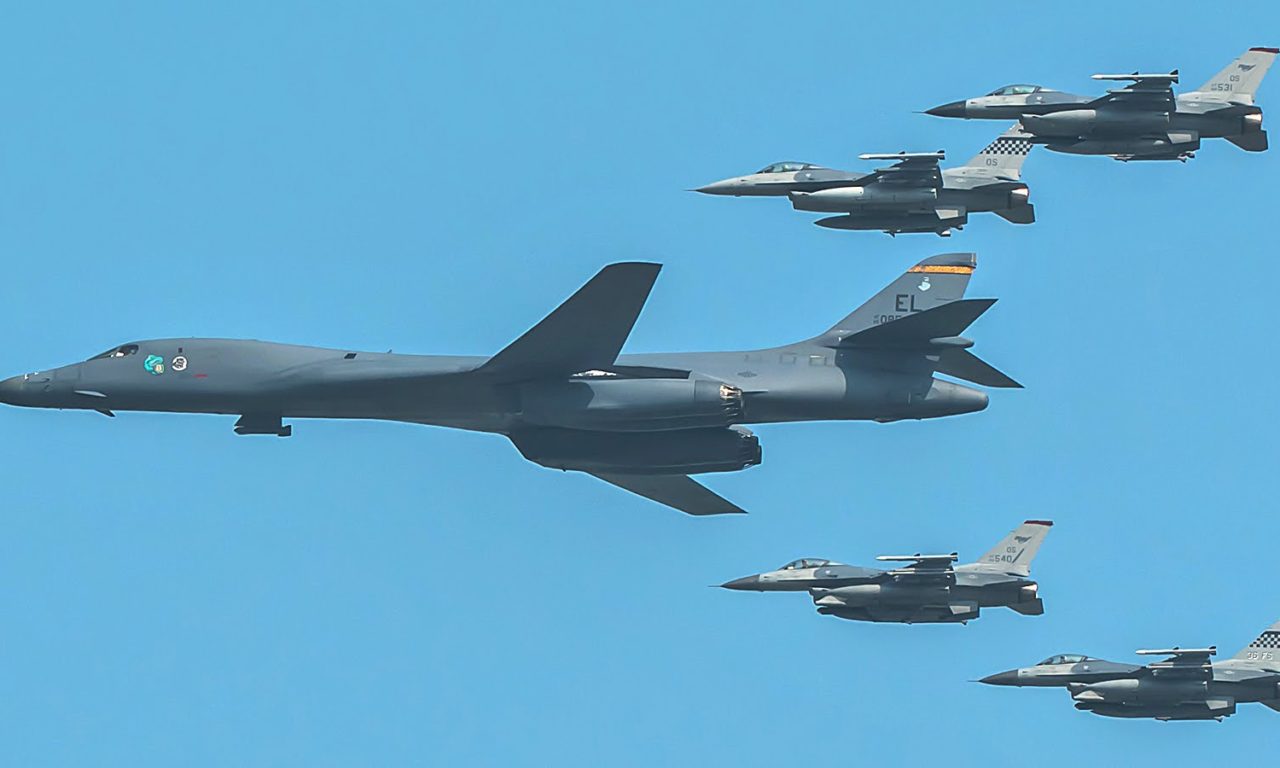 US Sends Message To Kim Jong-Un – Strategic Display Of Airpower Over S. Korea

Two U.S. Air Force B-1B strategic bombers from Andersen Air Force Base, Guam, flew with Republic of Korea F-15K Slam Eagle and U.S. F-16 Fighting Falcon fighter aircraft in the vicinity of Osan Air Base. The move is meant to send a message in response to the recent North Korean nuclear test.

The B-1B is capable of carrying the largest payload of both guided and unguided weapons in the Air Force inventory. It can rapidly deliver massive quantities of precision and non-precision weapons against any adversary, anywhere in the world, at any time. The aircraft holds almost 50 world records for speed, payload, range, and time of climb in its class.